England and Team GB hockey star centre forward, Sam Ward speaks to David Wainwright about his career in the sport.

Sam grew up in Barrow-Upon-Soar in Leicestershire, which is far removed from the jet-setting lifestyle of a top-class international hockey player:

“I was about eight or nine when, realised that I was quite good at hockey. I ended up playing for Leicester Ladies as they had a mixed development side. I eventually ended up playing for Beeston Hockey Club when it became men only. It was then that I thought to myself, I ought to maybe give it my best shot at turning professional. 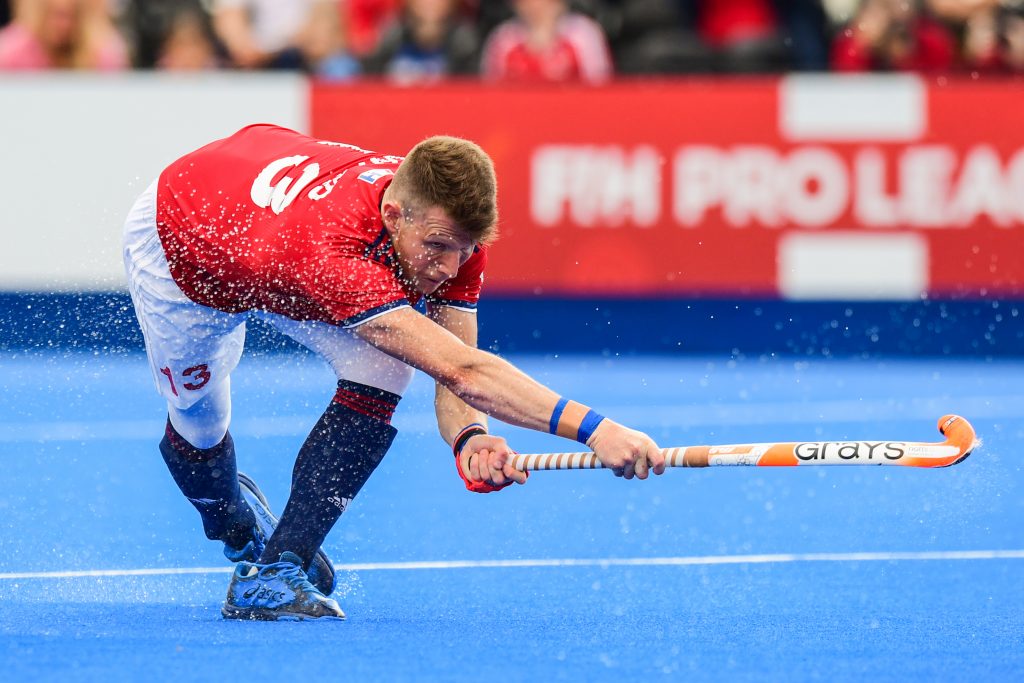 “My interest in the sport stemmed from my mum and dad, they played for a mixed hockey team in Leicester, called Leicester Wesley, and in fact, that’s how they met. Growing up, I always wanted to play cricket professionally, but I just wasn’t as good at cricket as I am at hockey. In fact, I still play for Rothley Park CC when my hockey commitments allow.”

Growing up watching hockey as a fan, Sam’s biggest hero was former England Team GB captain, and capped 432 times legend Barry Middleton: “I was lucky enough to play with him for the last four years of his international career. It was really nice to grow up watching him play, and a fantastic honour to play alongside him.”

Sam left Beeston in his early twenties to play for Loughborough Students, which fitted in well with his work commitments with Arthur Prince Volkswagen in Loughborough. A few years later, Sam took the massive step to leave his job in fleet sales to move down south and play for Holcombe Hockey Club:

“I was about a month away from giving up playing hockey professionally, but then I got my first England call-up and the chance to play for Holcombe down South. It was a massive opportunity, and I’m so glad I took my chance to further my career in the sport I love.”

Sam was invited to an England and Team GB hockey trial in 2014: “I did well in trials and got selected for the next squad. That was when the hard graft started, as I needed to prove that I was good enough to play for the international side.” 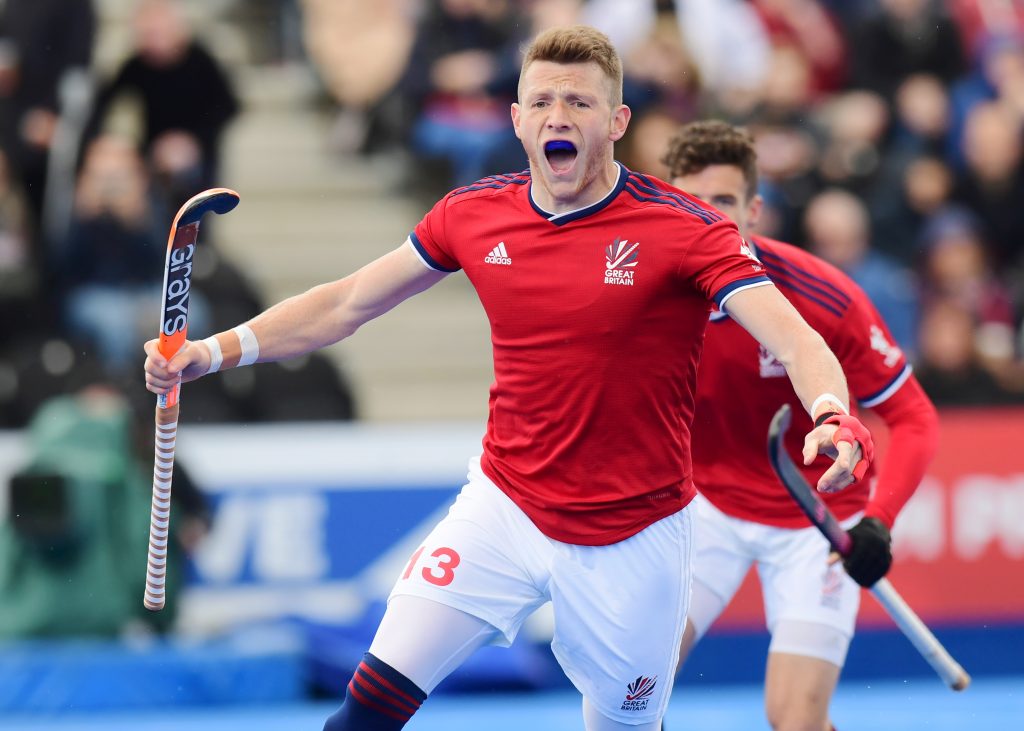 Following his successful international trial, Sam went on to make his international debut against Australia in the 2014/15 Men’s FIH World League: “I’ll never forget that feeling making my debut. It’s probably the highlight of my career so far. I scored after about five minutes, and to score another later in the game against Australia; it’s something that will stay with me forever.

“I was very nervous. There was a lot of pressure on me to succeed, but it was well worth it following all the effort and sacrifices I’d made to get there. It’s nice to score early on, and my career really kicked off from there.”

Sam came away with a bronze medal after Team GB beat India 5-1 in their playoff game, which followed losing to Australia in their semi-final: “It was great to come away with a medal.”

Following on from this success, there was a career low at Rio 2016: “It was great to be part of the games, but my memories are somewhat tarnished as we didn’t do well as a team. We were one of the favourites for a bronze medal at least, but we didn’t qualify for the knock-out stages. I’m proud that I’m able to call myself an Olympian, but it was a very frustrating experience for me.”

Sam managed to shrug off the failure in Brazil and became part of another bronze medal-winning campaign in the 2016/17 Men’s FIH World Hockey League. During this tournament, he came forefront as he was the team’s goal scorer with eight goals:

“I have great memories of this tournament as by playing at home, all our friends and family were able to watch the team do well. On a personal level, it was fantastic to score so many goals for the team also.

“The fans were great to us, throughout both the Olympics and the World League. It’s a really friendly sport, and then it was onto the 2017 European Championships in Holland for another bronze medal.” 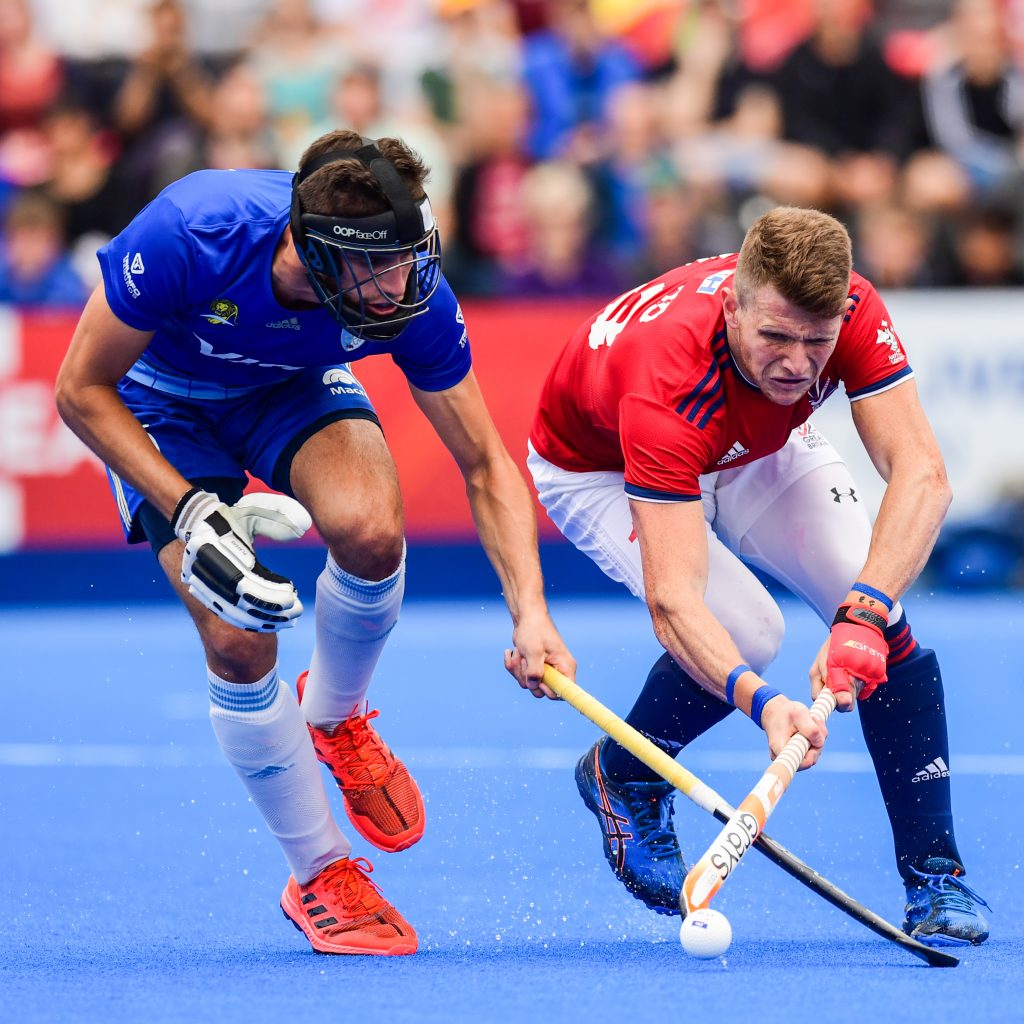 The hockey player experienced a different side to the game in Holland: “It’s probably their second most popular sport after football, and it was different to play in stadiums where there would be 10000 Dutch fans screaming throughout the whole game. Losing to the Germans in the group stage, and then beating them in the bronze medal play-off game was just something else.”

Next up on the international circuit was the 2018 Commonwealth Games in Australia: “We won another bronze, but just being on the Gold Coast for the games was just incredible. It was my favourite tournament so far– to be the top goal-scorer and spend so long in an amazing place was fantastic.

Sam looks back on his club career with fondness following spells at Beeston (twice), Holcombe and now Old Georgians: “I’ve had a good club career; it’s been a good foundation for my international career. I wouldn’t be where I am today without the support of those clubs and their fans.

“It can be tough juggling my club commitments alongside my international career, but it’s my job at the end of the day. I wouldn’t swap it for anything in the world, it’s tough, but it’s a great life.”

Looking to the future and the 2020 Olympics in Tokyo are firmly on the horizon: “Firstly, we have to make sure we qualify by doing well at the European Championships later this year. Providing we do well in qualification; there’s no reason why we can’t be in the mix for a bronze medal at least this time.

“I’d like to keep on playing as long as I can. It could be another two years or another six. It just depends on the ‘luck of the draw’ with injuries. I’ve had so much fun travelling around the world with eighteen other lads, and long may it continue.”