Jessica Challoner-Sterland speaks to Leicester-based Milliner Giulia Mio about how she got into the noble trade, the ideas behind her beautiful designs and the challenges she faces as a one-woman band.

Nestled within the city’s thriving cultural quarter amongst other creatives at Maker’s Yard, Giulia Mio’s studio is everything you’d imagine – colourful materials spilling from boxes, a masterpiece in the making sat waiting to be finished on the desk, and I couldn’t stop my eyes from wandering to the wooden shelves, lined-up with the most elegant and elaborate hats.

Born in north-east Italy, Giulia always had a keen interest in art and design from a young age. After studying for a BA in costume at the Academy of Fine Art in Venice and a masters in Milan, she began working as a theatrical milliner, making hats for theatre, the ballet and opera. In 2015, after leaving the theatre and developing her millinery skills further in Switzerland, as well as a brief period in Oxford, UK, Giulia settled in Leicester and officially launched her business, Giulia Mio: Haute Couture Millinery. 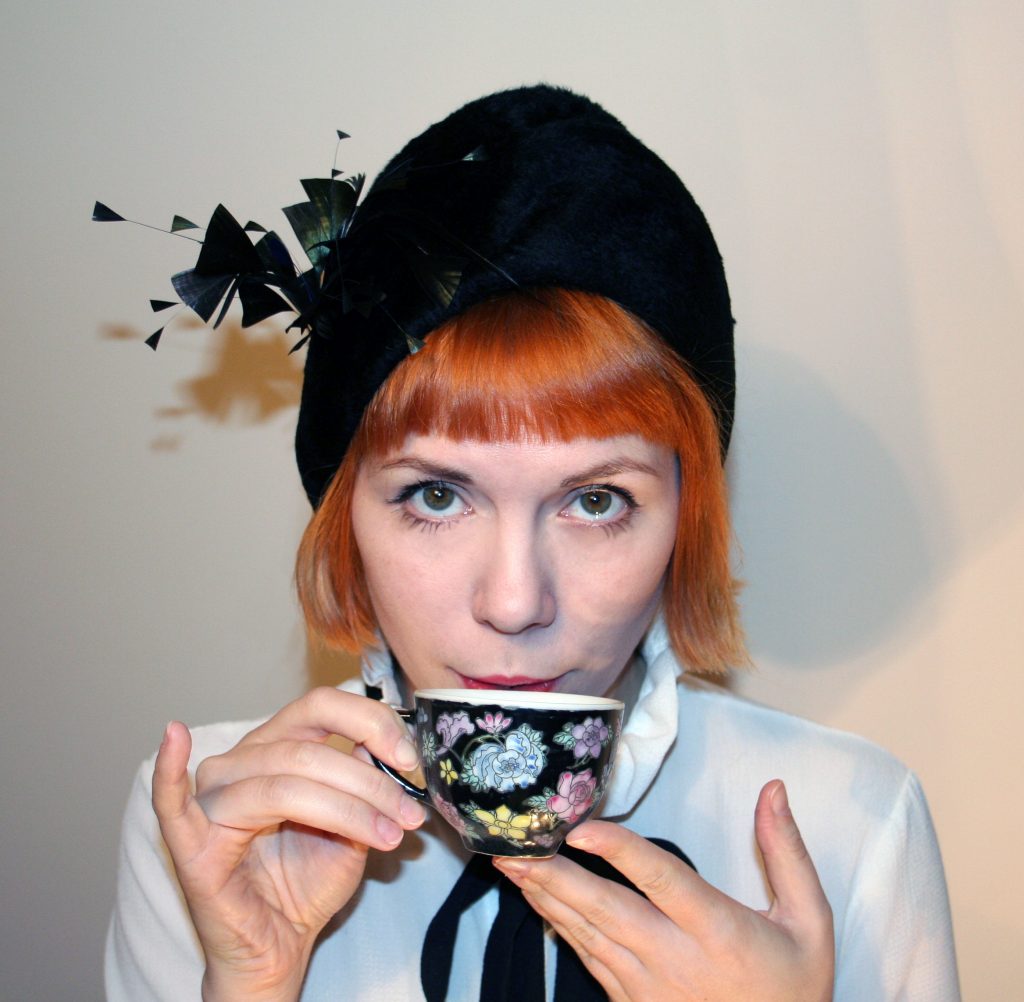 She’s developed skills in techniques that are often deemed old-fashioned, such as embroidery and manipulating, dying and painting fabrics: “I realised that I’m more of an artist who makes hats, as opposed to a fashion designer who happens to be a milliner. The change from theatrical to couture millinery was quite straightforward for me because I’ve been trained in very fine skills.”

Inspired by renowned milliners including Rachel Trevor Morgan, Philip Treacy and Stephen Jones, Giulia admirably aims high and haute couture is at the very essence of her designs, from the luxurious materials used, to the time and effort she puts into the smallest details with impeccable precision. She designs two collections a year as well as bespoke pieces for weddings, race days and other occasions:

“I aim for that timeless elegance in my designs but I also want to be a bit different, I don’t like to be predictable. You always see a hat from 360 degrees, so everything has to be absolutely pristine from every angle, even underneath.” 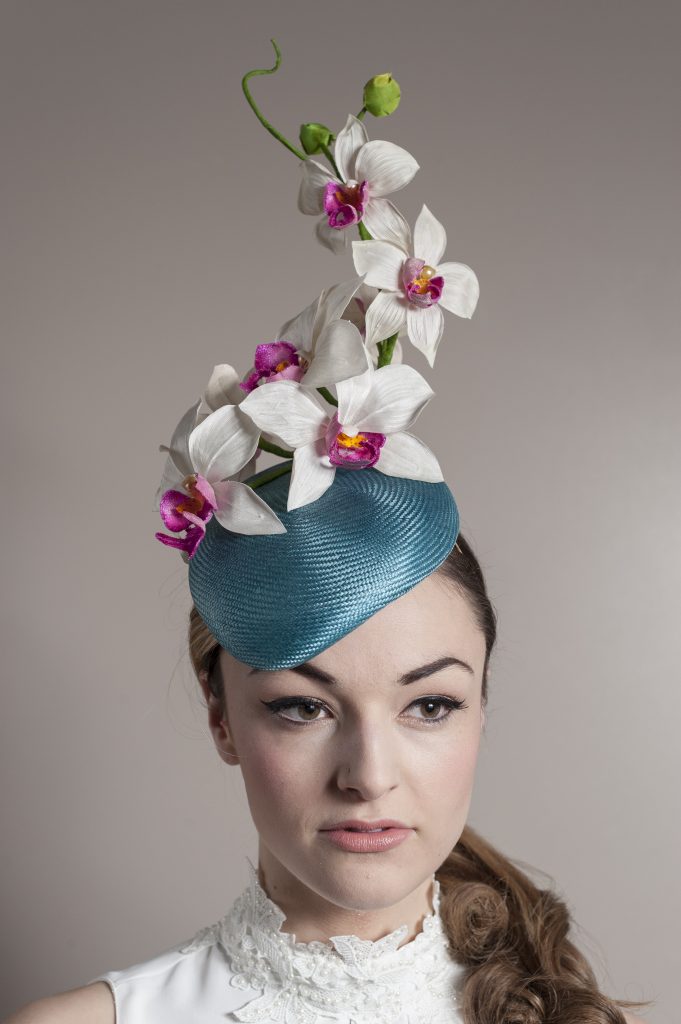 With a steady expanding list of customers in Leicester, Giulia admits that it hasn’t been easy building a name for herself outside of the thriving capital. However, bridal fairs and growing events like London Hat week, where she exhibited one of her designs, has certainly helped boost her name:

“The exhibition at London Hat Week was really we received and each year it gains more publicity. This doesn’t necessarily mean that you reach new customers, but your name does become established more, which then strengthens your reputation amongst other milliners.” 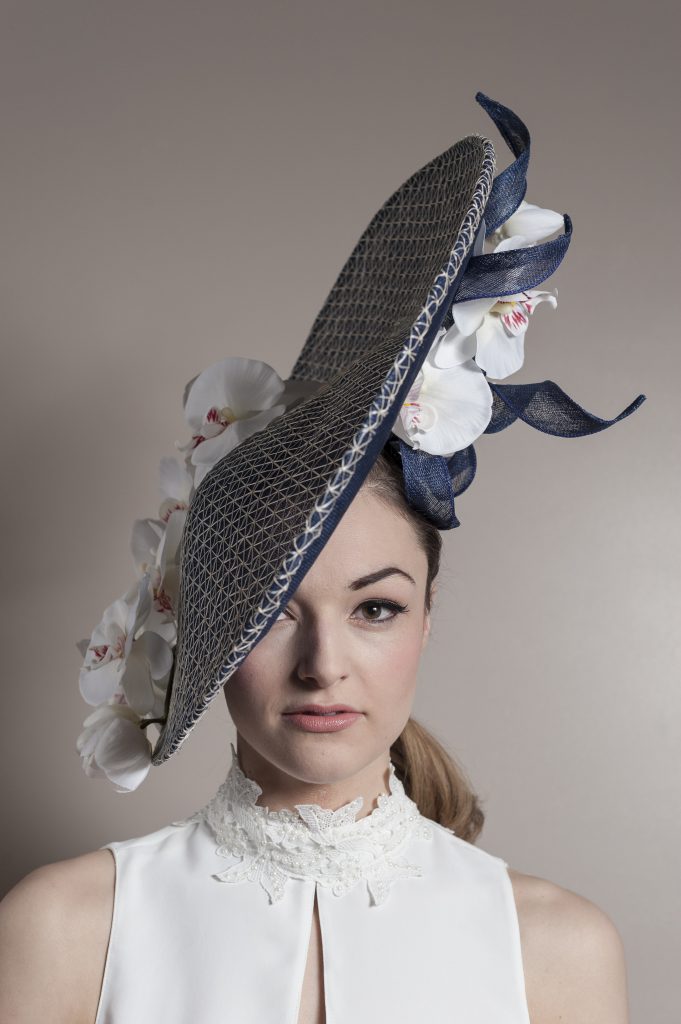 With several awards to her name, a new winter collection in the pipeline and a driving determination to succeed, the future is certainly looking prosperous for the milliner. Who knows, she could be designing a hat for one of the young royals someday.

To inquire about a bespoke design or to order from a previous or current collection visit: www.giuliamiomillinery.com

“I think my experience behind the camera has made me more comfortable in front of it.”