Leicester’s Deputy City Mayor, Rory Palmer looks back at some of Britain’s remarkable sporting events and those who helped make them possible.

As we enjoyed the Rio Olympics this summer, seeing those epic Team GB performances and medal success, many of us will have been thinking back to London 2012. It was a brilliant occasion for our country, showcasing to the world the best of Britain. I was lucky enough to have bought tickets for Team GB’s Super Saturday when Mo Farah, Jessica Ennis-Hill and Greg Rutherford all won gold on that famous night. The Olympic Park atmosphere that night was electric.

One of the warmest memories I have of London 2012 was the welcome those visiting the Olympics received from the volunteer army of ‘Games Makers’. These enthusiastic volunteers helped to generate that brilliant atmosphere, providing a warm welcome, help, advice and lots of humour to those visiting the games. They were on hand at the London railway stations to direct those arriving in the capital, helpfully waving their directions with giant sponge hand gloves. At the Olympic Park in Stratford it felt as if ‘Games Makers’ were with you every step of the way. There were 70,000 volunteer ‘Games Makers’ at London 2012, all giving their time for free to help make the Olympics the historic success it was for London and Britain. 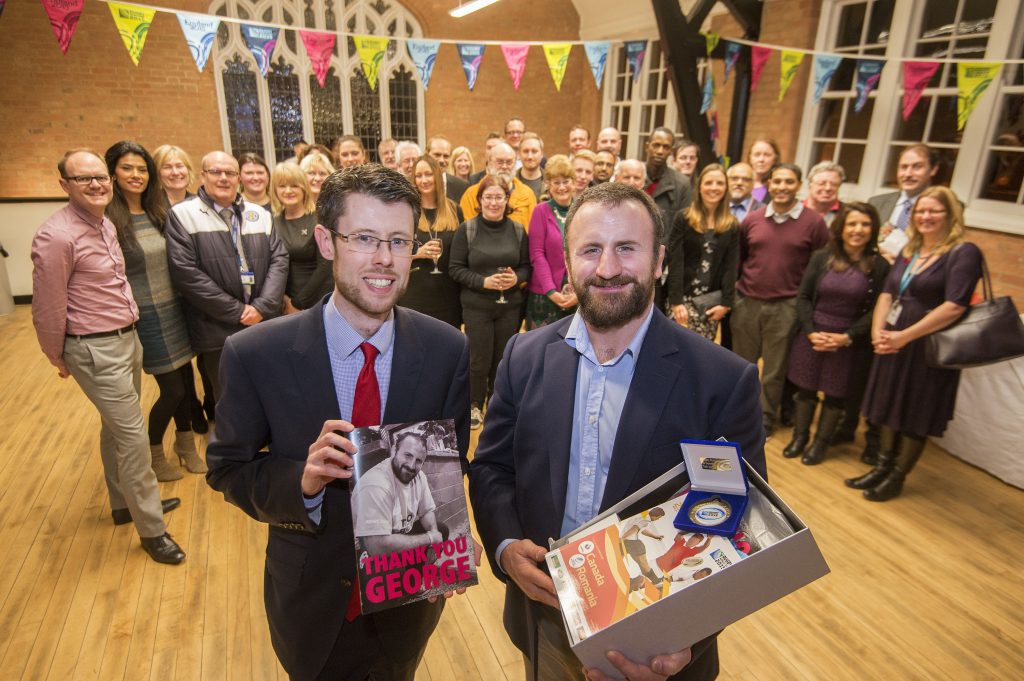 More locally, I recall brilliant memories of summer 2009 when Leicester proudly hosted the Special Olympics National Summer Games, the flagship national sports event for athletes with learning disabilities. With 2700 athletes competing across 21 sports – and a surprise visit from the Prime Minister – it was a great success for the organisers and for Leicester. Just like London 2012, the 2009 Special Olympics in Leicester were a success because of the efforts of 1500 local volunteers.

I remember speaking to lots of the Special Olympics volunteers; they were incredibly proud to be making their contribution. When I speak to Special Olympic athletes, coaches and others involved in the 2009 games they all recall the wonderful welcome and support from that volunteer team.

Staying on the sporting theme last year Leicester was a host city for the Rugby World Cup, hosting three matches for this global event. This time the city called on 350 local volunteers to support the organisation of these matches. Taking on a similar wardrobe to the London 2012 ‘Games Makers’ the Rugby World Cup volunteers provided a brilliant welcome waving their giant sponge hands at visiting fans from Argentina, Canada, Romania and Tonga.

People from across Leicester and Leicestershire volunteer in large numbers every day, not just in sport but across many areas. These volunteers make a real difference to elderly people, children and young people, carers, people with disabilities and many others. Global sporting events like the Olympics have helped shine a welcome light on the efforts of these volunteers. Whether it’s the volunteer efforts that help make big sporting events happen or the unseen work of volunteers in our local communities, we should all be grateful and whenever we have the chance, say a big thank you. So, to all our local volunteers, thank-you.