Local author Kevin J. Adcock never intended for his imaginative stories to become anything more than a keepsake for his son. He speaks about getting published and the idea behind his first children’s book, Adventures with Sir Maxwell.

With an imagination filled with fantasy and adventure, Newark-on-Trent born Kevin J. Adcock has always had a passion for fiction, immersing himself in the likes of Biggles and The Hobbit whilst growing up, and now reads anything from Tom Sharp, through to Bernard Cornwell and Terry Pratchett.

Surprisingly, becoming a published author was never something that Kevin really aspired to and has worked in a variety of jobs over the years, which have included sales, marketing and the public sector. The inspiration to write came to Kevin back in 1983 when his son was just a child: “I never originally intended the book to be published. It was never written for that purpose, I thought it would be a nice thing for a dad to do for his son. I had re-written the first story several times and read it to my son over again, but it made me realise that one story wasn’t quite adequate. I then added a second story and then the second became a third until I eventually ended up with six stories.” 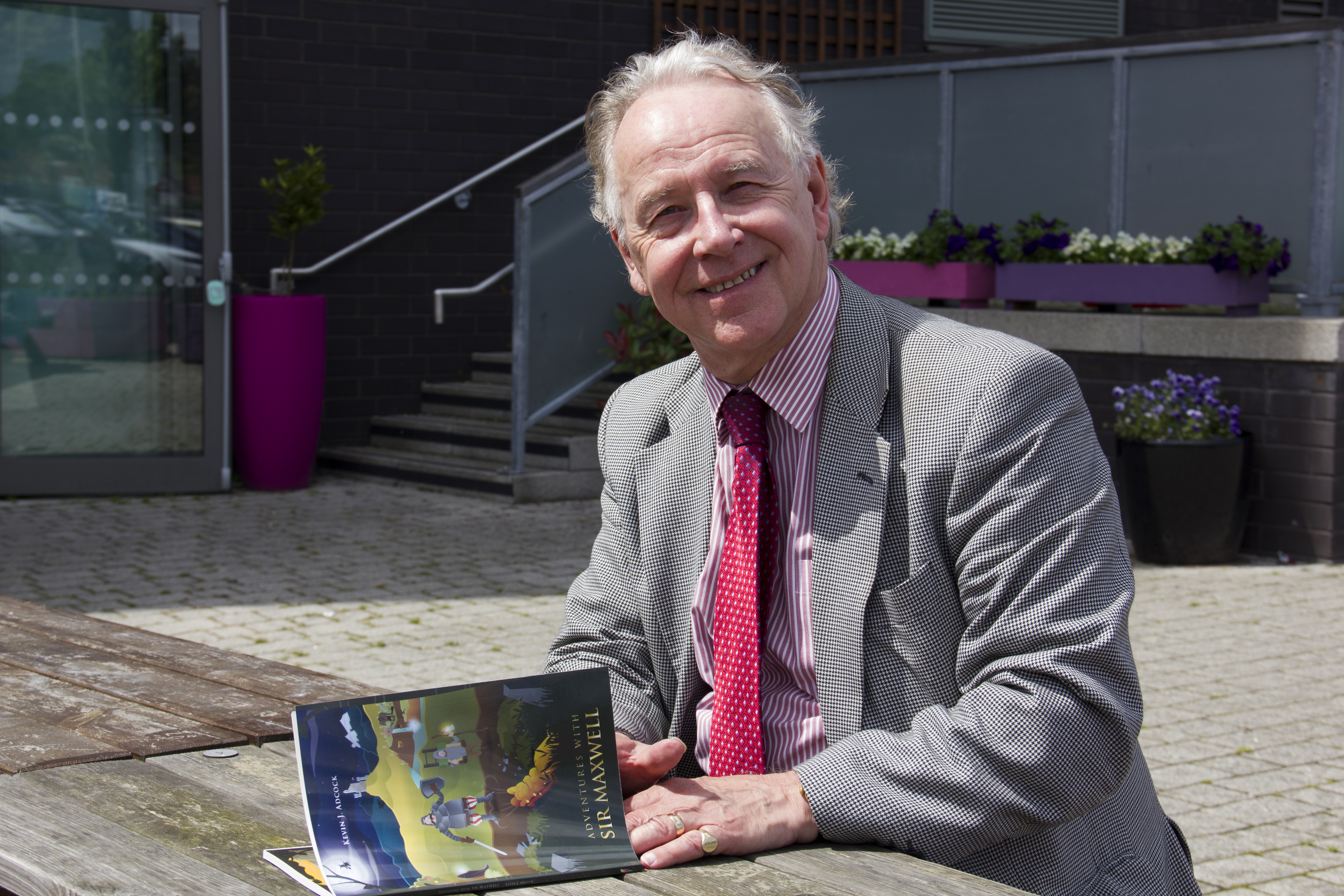 Each of the stories within Adventures with Sir Maxwell follows the tale of a misguided knight and his trusted companions, as they embark upon hilarious and exciting adventures. Each page-turning story has the ability transport Kevin’s readers and listeners on wondrous journeys: “I thought if I’m writing a kids story, what do kids like? So obviously fantasy and imagination came straight to mind. I just close my eyes and I imagine the story as a cartoon, which is the style I also write in. I had no idea where the stories were going to go until I began to write.”

Inspiring the imagination is a key element to the success of any children’s story, whether it’s through descriptive language or eye-catching imagery. Kevin laughs at the idea he initially had for the illustrations of the book, as they were about 25-30 years behind the times, and was grateful for the input of his illustrator. Unlike many other children’s books, Adventures with Sir Maxwell deliberately only contains one picture per story, he explains why: “The first story is about Sir Maxwell and the Mustard Dragon and my vision of the dragon isn’t the same as anybody else’s dragon, everyone has their own vision. If you can imagine your dragon into that story, not only are you getting something from the story but you’re also getting some creativity out of it as well. The idea is to fire the imagination. It’s like any of the characters, I see Sir Maxwell one way, the reader will see him another way, even though there’s an illustration of Sir Maxwell there, that doesn’t mean that’s right or wrong, that’s just the illustration we came up with.”

The charming tales in the book are aimed at 5-10-year-olds; Kevin puts emphasis on how important it is for children to read: “It’s essential; I mean development in children stems from it, you can’t get more important than reading. The wider you read, the greater your interest and the more interesting things become.”

If you walk into any reputable bookstore today, you’re overwhelmed by the choice of children’s fiction, as the timeless classics that are waiting to be re-discovered sit beside the exciting contemporaries. Anything goes, as stories are filled with endless fantasy, from talking animals to far-away kingdoms and magical realms, which inevitably inspire the imagination. Things were different for Kevin the first time around, when he spontaneously sent Adventures with Sir Maxwell out to publishers: “Back in the 1980’s the popular children’s books weren’t really about knights, dragons, warlocks and witches and so forth, and universally they came back and said; ‘Oh no, not knights and dragons, that’s all gone and passed. Nobody is interested in things like that anymore.’ It was all about dinosaurs, superheroes and space back then.” 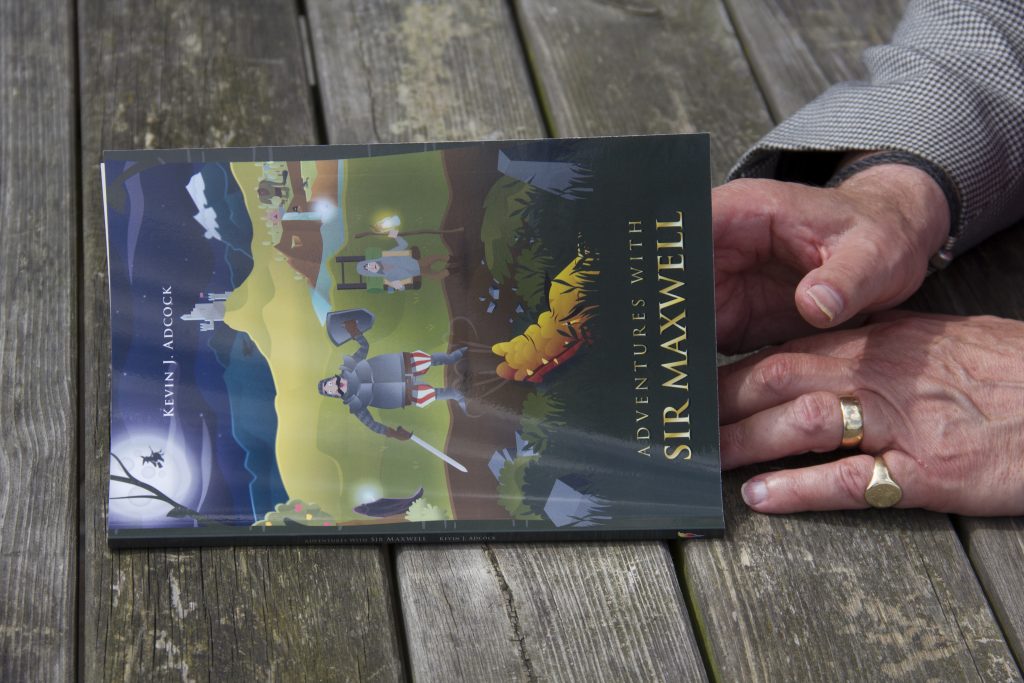 Kevin decided to give up on trying to get his book published and kept it out of sight as his son grew older, Adventures with Sir Maxwell had sat festering in a draw for 30 years, until he was given one unexpected Christmas gift: “The year before last, my wife and son, who the stories were originally written for, took the first story and printed it up for me as a present. I was pleasantly surprised by it, especially as my son now lives in Ireland. That really inspired me to send it off again just to see. I sent it off to numerous publishers, without any expectation after the first time, but then unbelievably, I received 3 offers, and it was a real shock. I decided to sign a deal with Austin Macaulay’s, which has worked out quite well so far.”

Getting signed has certainly influenced Kevin to carry on writing, he shares excitedly that the sequel to Adventures with Sir Maxwell has already been written, which will follow the journey of the wizard from the fifth and sixth story. Other main characters from the first book will also make cameo appearances in the sequel.

Having his book turned down more than once, didn’t prevent Kevin from trying again. He has put into perspective that just because somebody turns you down, doesn’t mean that you’re wrong nonetheless, he shares his advice for any aspiring children’s authors: “Let your imagination carry you, there is no such thing as wrong. You have to keep an eye on your target audience, but as long as you have a storyline that’s easy to follow, then let your imagination go with the flow. Children have a very wicked sense of humour, as Roald Dahl proved. Everyone has got a book inside them, it doesn’t matter what kind of book, just give it a go.”