HELEN WALMSLEY-JOHNSON TALKS TO JENNIFER MORRIS ABOUT HER JOURNEY FROM INVISIBILITY TO THE BOOK SHELVES.

Helen Walmsley-Johnson never set out to be a writer. Like many parts of her life, what she describes as her ‘third career’ was the outcome of circumstance and a series of spontaneous decision making. Yet with years spent as the anonymous author of a column for the Guardian, several more years writing openly for the New Statesman and Standard Issue Magazine, one book already published and another in the making, a writer she most certainly is.

With a subtle shyness, Helen’s articulate description of an eventful past makes it clear she has a way of weaving words into an entertaining narrative. Despite this, she is adamant that “writing found me instead of the other way around.” What’s more, it didn’t find her until her ‘vintage years’. 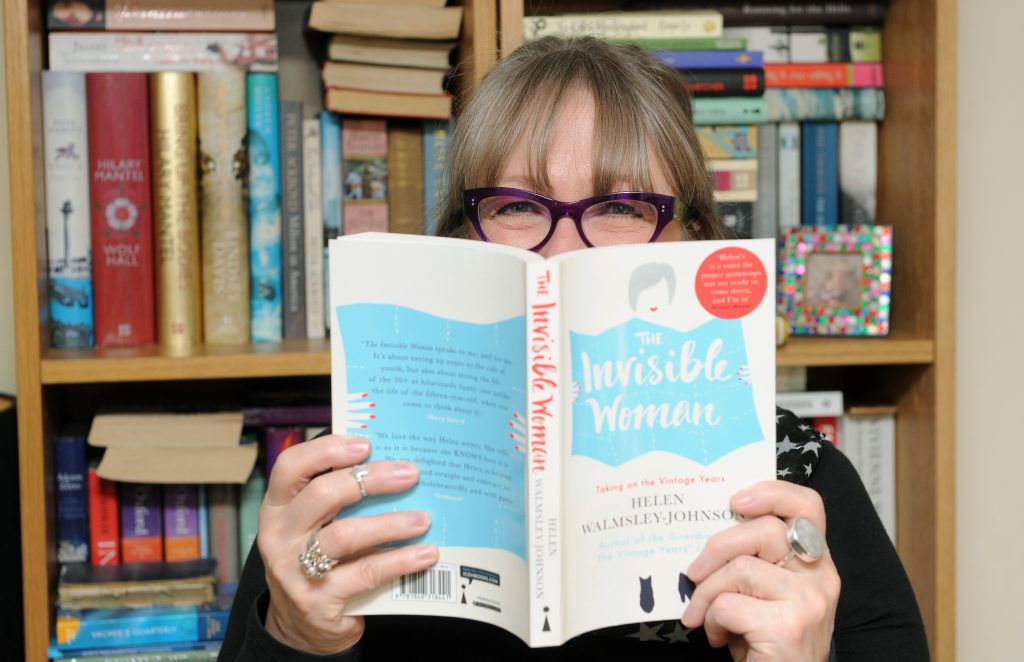 So how did a young girl from the Leicestershire village of Thringstone become the ‘Invisible Woman’ – the pen name under which she wrote her Guardian fashion blog and the title of her debut book? In a nutshell, ageism: “I couldn’t find anything in Leicester that was going to stretch me. I thought, is this what my life is at the age of 40? I couldn’t face just marking time.”

Previously, Helen had lost her mum to cancer in her teenage years, married young, had a family of her own, suffered an ‘unpleasant divorce’ and worked up to six jobs at a time to raise three children as a single mother. After a bullying dispute, which saw her successfully sue the NHS, she found herself heading towards her 50’s and in search of a new challenge:

“The ageism that had caught me in Leicester hadn’t arrived in London yet and I got a job! I couldn’t afford a flat so I ended up in a house share. I shared a house with four other people, which is an odd thing to do in your 40’s.”

After her own battle with cancer, Helen’s life in London would eventually see her enter the media, first as a PA at the Telegraph, then as the assistant to theatrical producer, Cameron Mackintosh and, finally, as PA to the editor of the Guardian, a job in which she had “nearly seven years of the most outrageous fun.”

It was at the Guardian that writing would finally find her. After filing the occasional piece for the editorial page, she openly admits that she was not shy with her opinions, a fact that would lead to her own column, ‘The Vintage Years’: “I’d been mouthing off about there being nothing for older women in the fashion pages. To cut a long story short, I had coffee with the online fashion editor and she asked if I’d consider doing it.” 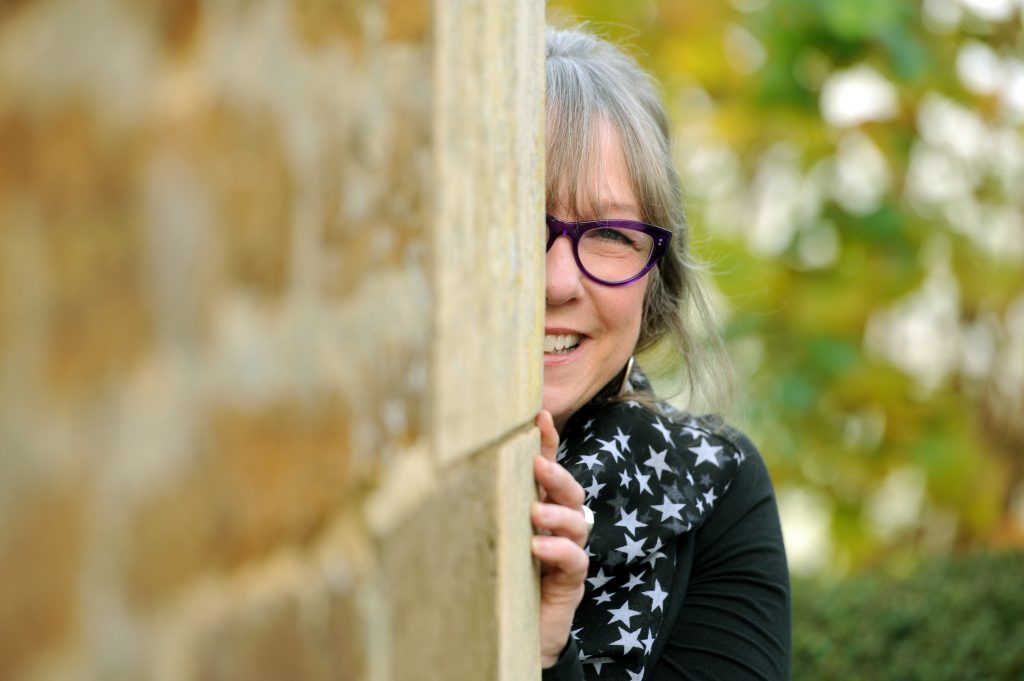 What Helen found with the Vintage Years was a hugely responsive audience; a generation of women that felt, to some degree, marginalised. Not just by the fashion industry but by society as a whole. In writing anonymously, she also found a space in which to grow, developing her straight-talking style without fear of failure and building confidence in her ideas as something that mattered.

With such a growing community around her writing, there came a responsibility to further cater to a largely underrepresented audience. Finally revealing her true identity, she began work on her debut title, ‘The Invisible Woman – Taking on the Vintage Years’, an in-depth exploration of life as a woman beyond 50:

“I think that was part of the service I felt I was doing in writing the book. It felt important to write it because people don’t write about it. It felt important to make it very real and not something that was another woman going through it or a stereotypical woman going through general issues. I made it very specific and I think that’s what gave it it’s power, I hope.”

After another series of tragic events, which included losing her father and some close friends, taking voluntary redundancy from the Guardian and moving back to Rutland after failing to find a part-time job to fund her writing career, Helen found more material to give her work the realistic quality she was looking for:

“What happened to me seemed to be very relevant and it seemed to give the book something which I thought it lacked, which was a narrative sequence to draw the reader through. So I pegged my political points onto my own story.

“It did change; it had a stronger autobiographical thread than I had originally planned. But it made sense to do it like that at the time because it was something people could identify with. I think there’s a great deal of value in reading something and being able to think, that happened to me, or somebody else has been through that.” 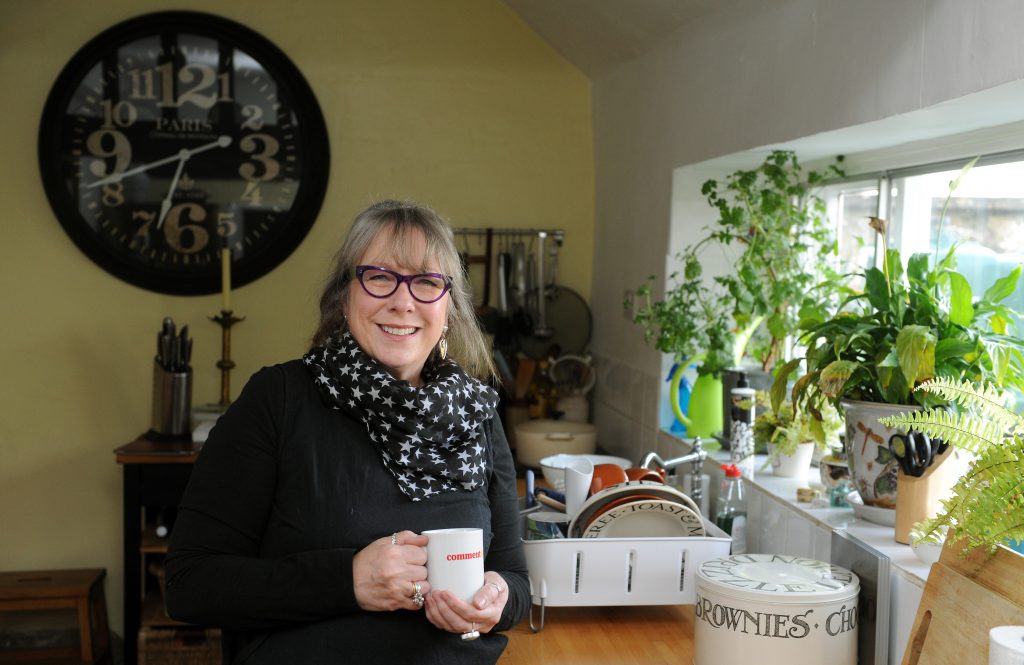 In drawing on her own life experience, Helen was keen to steer clear of what she calls a ‘misery memoir’. Instead, there is a witty sense of humour, at times self-deprecating, that runs through pages, drawing the reader in to its conversational tone:

“I wanted somebody reading me to feel as though they were in the room talking to me and it was just the two of us over a cup of tea. I wanted that kind of feeling rather than being lofty and preaching at people. I wanted it to feel friendly and inclusive so the reader would feel that it was real. Because it is real.”

Having taken what she call the ‘writers vow of poverty’, Helen now has a full-time commitment to her writing career, with a second book due for publication next year. No longer invisible, she now takes on the form of business woman: “I run it like a business I suppose. I start at 10 o’clock in the morning (I’m not a morning person!) and work right the way through. You’ve got to approach it in a sensible way and give yourself a timetable. Writing is a discipline and you have to be disciplined about it.”

Competition!
To win a signed copy of The Invisible Woman, simply answer the following question:

To enter, send your answer to info@pukaarmagazine.com by Friday 24th March 2017.