PUKAAR MAGAZINE’S AARTI C. THOBHANI MEETS LEICESTER’S INSPIRATIONAL DANCER AAKASH ODEDRA TO FIND OUT MORE ABOUT HIS PASSION FOR THE ART OF DANCE THAT HAS LED HIM TO THE TOP. 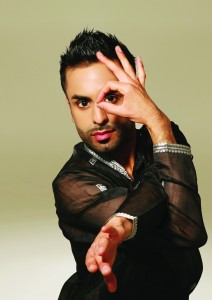 As one of the most sought-after British Asian choreographer/dancers today, Aakash Odedra continues to shine by inspiring and awakening audiences around the world. His eyes and body movements tell a story, which reflects his personal experiences through his creative performances. His infectious energy and passion for dance engages with all those that he meets.

Having trained in the classical Indian dance forms of Bharatanatyam and Kathak, the professional dancer’s style is not only restricted to traditional dance, but is combined with contemporary, offering a versatile combination. Aakash began his training as a classical Indian dancer, under the guidance of established Kathak dancer, Nilima Devi, in Leicester. As his passion continued to grow, he was taught the graceful South Indian dance form of Bharatanatyam at the Chitraleka Dance Company in Birmingham. On the search to find his inner self, he took the opportunity to train abroad in India with renowned dance gurus Chhaya Kanvateh and Kumudini Lakhia. 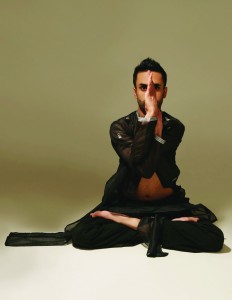 He was later cast in a piece choreographed by Kumudini Lakhia and was spotted by the well-respected artistic director/choreographer/dancer Akram Khan MBE and was later asked to perform a solo Kathak performance at Sadler’s Wells Theatre in 2009.

Following the support from his long term mentor, Akram Khan, Aakash successfully launched his production titled Rising in 2011. This enchanting debut performance was his platform to display his inner talent, exploring different processes and aesthetics to create a new personal language through his body, “We’re no longer in the courts of Princes of India, so the art form had to develop; it had to evolve and it was really important to be able to address the contemporary audience of the contemporary environment, so my dance has now it’s become a style of its own.”

His passion and determination has seen him succeed and reach great heights; in March 2012, Aakash was commissioned to choreograph three dance pieces for Her Majesty The Queen, as part of the prestigious Diamond Jubilee Tour. This once in a lifetime opportunity gave Aakash the chance to work with local young talented performers to deliver outstanding performances during the celebrations. Aakash’s more recent productions divulge deeper into his personal experiences. Inked is a personal focus on his relationship with his grandmother. In 2014, Aakash and choreographer Damien Jalet took inspiration from the ritual tattoos adorning the skin of his beloved grandmother. During his performance of Inked, Aakash expresses his feelings by marking himself with black ink as his body turns into a human paintbrush. This powerful reflection through expressive movement is an ode to his grandmother. 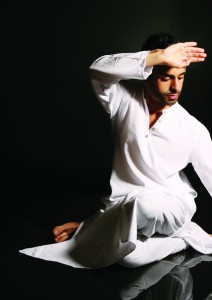 The second part of the double bill – Murmur divulges deeper into Aakash’s experiences of dyslexia. Having being diagnosed at a young age, Murmur is a universal journey through emotion and expression, reflecting upon how he felt defined by his learning difficulties.

The breathtaking solo performance which he co-choreographed with Australian dancer and choreographer, Lewis Major, is combined with visual design, light, sound and movement to portray the confusion and alienation his dyslexia has left him feeling, which he finds that he can best express through dance.

The Dancer and Choreographer is the Artistic Director of Aakash Odedra Dance Company, which travels around the world to enliven audiences and showcase beautifully crafted dance performances.

With an impressive list of dancing accolades including his outstanding debut performance Rising, Aakash reflects back to the start of his professional dancing career, “Since then we’ve hit a hundred and something shows, I’ve lost count, we’ve toured the world and it’s sort of given a platform for people to see someone who is trained as a South Asian dancer, who does contemporary dance.

One of my memorable moments was performing at TEDGlobal, that was a huge thing for me, when I looked around each and every delegate there was an intellectual from a part of the world, who specialised in something which was ground-breaking and to be amongst these people was almost life changing.” 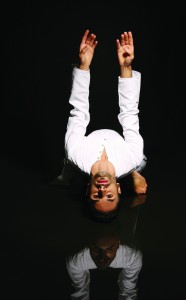 Offering advice to aspiring dancers, Aakash shares, “I feel that the minute any artist would feel they are at the top of their game, that’s the end of the game as such. You always have to stay at the edge because you have to go through a zone where you’re uncomfortable, so I always feel as if I’m incomplete, so there’s always this sense of something missing in me, that sense of having something missing in me, pushes the surge to search. To search is the key of dance and life.”

Currently touring with his outstanding performances of Rising, Murmur and Inked, Aakash continues to connect with his audiences worldwide. In April, Aakash will perform Rising in Lebanon, Jordan and Palestine. Throughout May, Aakash can be seen performing Murmur and Inked in Mexico, Denmark and Glasgow and in June, he is set to work on new projects in India, with a new solo choreographed by renowned Kathak dancer Aditi Mangaldas, which will be showcased with a world premiere later this year at the Curve Theatre.

Aakash’s performance of Murmur has been a huge hit worldwide exploring the aspects of dyslexia; this positive response has led him to create Murmur 2.0, which will be showcased in London, later this year.