In honour of Pukaar Magazine’s 10th year, and for my first edition as Editor, I had the pleasure of interviewing our founder Romail Gulzar about his life and career in Leicester.

Arriving in another country and seeking a new life away from a traumatic past is something many of us have not had to experience, and luckily never will. To be away from your family and friends in a strange place that you may have only seen via television and newspapers, is a surreal feeling to say the least.

This experience was one that was had by Romail Gulzar. Arriving in a camp for asylum seekers in Leicester back in 2000, he was then moved to accommodation in Southampton. “I quickly developed a love for Southampton and Hampshire,” said Romail. “The place became a home for me and I made some lifelong friends there, which was incredibly important whilst being so far from my homeland.”

Romail wanted to give back to the community that, for the most part, welcomed him with open arms. Thinking of ways in which to marry his own passions with fundraising work, he decided to start a band called Pukaar. “We would play at concerts and pubs and then sell tickets to our gigs,” he explained. “The money we made from those ticket sales went towards loads of different charities. We raised funds for homeless centres, food bank charities, you name it.”

To advance the reach of his charity work, Romail knew that he needed to branch out into other mediums. That is when his work on the Pukaar Magazine began. The magazine was intended to celebrate diversity in the Hampshire area after he met many people from different cultures, faiths, and communities.

After a few years, Romail made a return to Leicester. He graduated from South Leicestershire College after studying Television Journalism and then launched Pukaar News with his newfound love of media. Gulzar said: “This led to the start of Pukaar Magazine in Leicester. With the success of Pukaar News, I decided to bring my experience of creating a publication to this fantastic city, especially after seeing the incredibly diverse cultures here.” 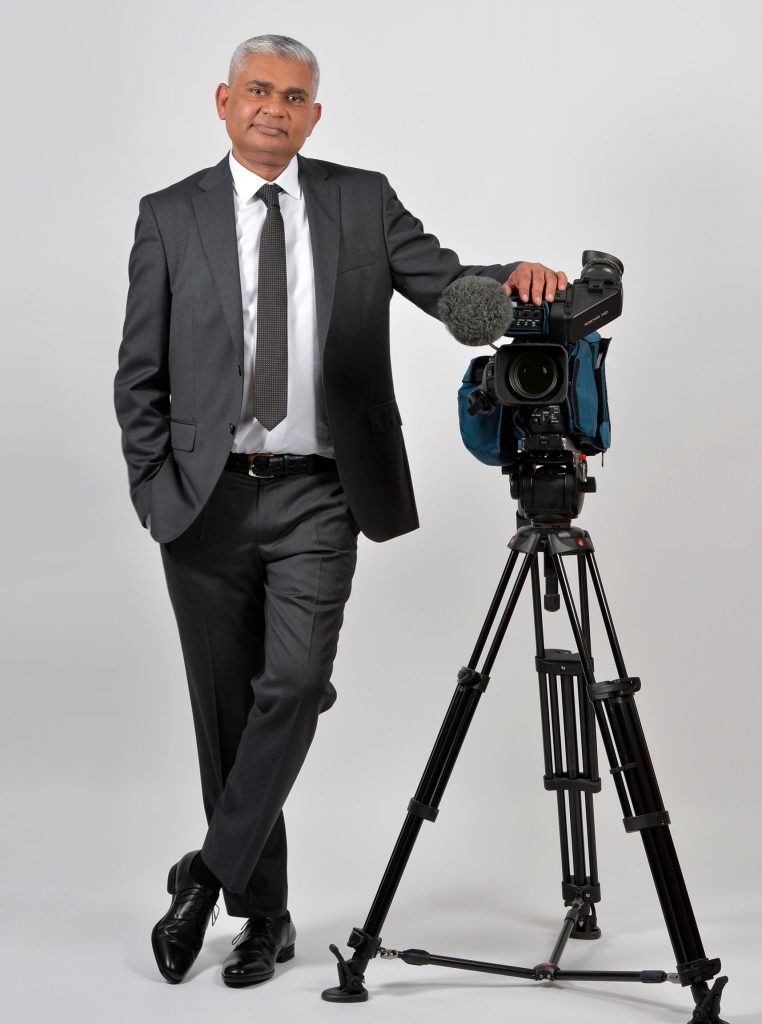 Considering new ways in which to give back to the community, Romail wanted to make sure he could give opportunities to young people wanting to pursue journalism as a career, who may struggle to break into an industry that is notoriously difficult to get into. “We have had so many young journalists join our ranks who had limited journalism backgrounds,” explained Romail. “With the expertise I have managed to gain and the contacts I have with such talented journalists around the country, those that have worked with us have, I believe, gained a huge amount of experience to bolster the amazing talents they already had. We have had some wonderful editors and content creators working with us over these past 10 years and I am forever proud of them all.

“We have never been a large team, but the content we’ve produced together is always done with quality in mind. There have been many cover stars for the magazine, and we are very proud to have interviewed the likes of Leicestershire legend Sir David Attenborough; artists Sam Bailey, Easy Life, and Mahalia; world explorer Ed Stafford; and actors such as Rakhee Thakrar.”

Over the years, and alongside the hard work done on the magazine, the Pukaar team has delivered news pieces to the likes of ITV, BBC, and Sky. “The team and I have travelled all around the world to places like Mauritius, Uganda, Sri Lanka, USA, South America—one place we went to, which was such an honour, was the King Power HQ in Bangkok. We were the only Leicester journalists that got to cover King Power taking over ownership of Leicester City Football Club!”

Not only has journalism been a huge part of Romail’s life, he has also been involved in the creation of some of Leicester’s most popular events and awards evenings. Recognising the hard work of local businesses and individuals is evidently an important aspect of his life. The Leicester Curry Awards, being the most prestigious of events he’s founded, attracts hundreds of local curry houses and takeaways to vie for a nomination across several categories. Not only has the curry awards been big for these restaurants, tickets for the awards night itself are highly sought after. After the great success of the Leicester Curry Awards, the Pukaar team branched out all the way to North America, and started the Toronto Curry Awards too! Another of these well-known events is Leicester’s Got Talent—an event to showcase the skills and abilities of Leicester’s youngsters, providing them with a platform for their talents.

Being part of the journalism world, Gulzar was exposed to not only the great parts of Leicester, but also the darker underbelly of life. Seeing crime and injustice in a city that he had grown to adore, he reached out to Crimestoppers to see how he could help. Romail became the chairperson for the Leicestershire Crimestoppers, and recently stepped down after nearly a decade of work with the organisation. “The time I spent working with Crimestoppers was invaluable. Even after stepping down, I have become so dedicated to giving them as much support as possible. The work we did had a great impact and helped many people, and it’s something I take a lot of pride in.”

In recognition of his work, Romail has been presented with a number of awards and titles by various bodies. He was made a fellow of the Royal Society for the Encouragement of Arts, Manufactures and Commerce (FRSA) and was also declared one of Leicester’s most influential people in 2017 as part of the Leicester Mercury’s Most Influential list, alongside the likes of Gok Wan, Jamie Vardy, and Engelbert Humperdinck. 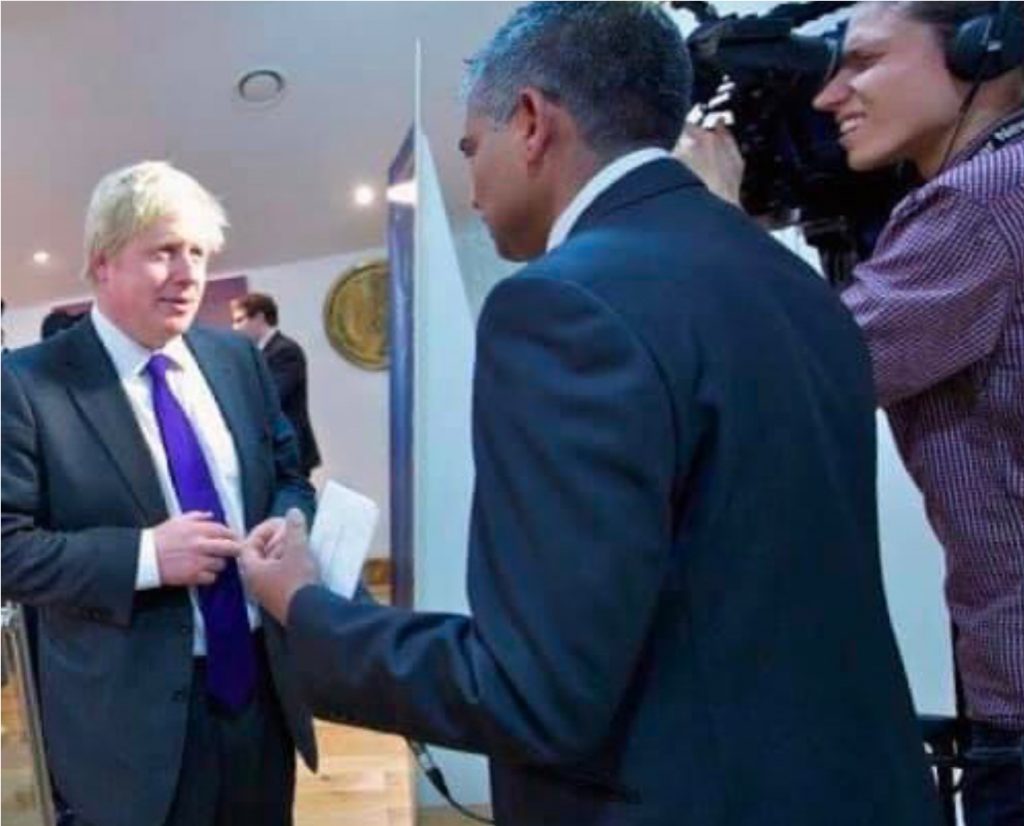 “I have a deep love for this city,” says Romail. “The diversity, local businesses, restaurants, and cultural landmarks all create a really unique feel for Leicester. There’s something incredibly special about this place and I can’t imagine ever wanting to leave now! We have been able to support lots of wonderful charities over the years such as Royal Airforce Association, Age UK, LAMP, COPS, ABF & Loros to name a few.” Romail has also covered many major stories from crime scenes, to entertainment, and royal visits. In 2005 he also met former Prime Minister Tony Blair where he was recognised for his services in the non-profit sector. Other awards he has been given include the Pride of India award, Leicestershire High Sheriff award, The Nationwide Award for Voluntary Endeavour, and the International Excellency in Cinema and Media award.

“I want to give an enormous thank you to so many people for their continued hard work. Our editorial team and design team keep Pukaar going strong. 2020 has been a big challenge for everyone, especially the other businesses we work with and our incredibly dedicated printers. My thanks are infinite for them and our countless supporters.

“I am also very lucky to have been helped along in my journalism career by the amazing talents at ITV Central News. They have boosted my experience and knowledge of this industry a hundredfold. I’d like to thank reporter and presenter Rajiv Popat for his invaluable support over the years, particularly during my work experience at ITV. I would also like to mention my friends and former colleagues Simon Little and Jessica Challoner-Sterland who’ve helped to grow Pukaar into what it is today. I will never be able to thank them enough.” 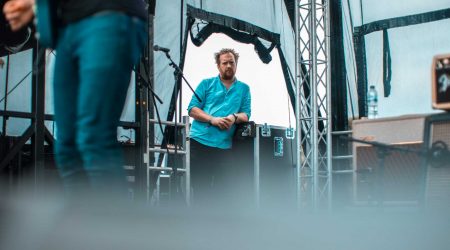