PUKAAR MAGAZINE TAKES A LOOK AT THE HISTORY BEHIND THE LEICESTER SEA CADETS AND HOW THE CHARITY BENEFITS THE LOCAL COMMUNITY. 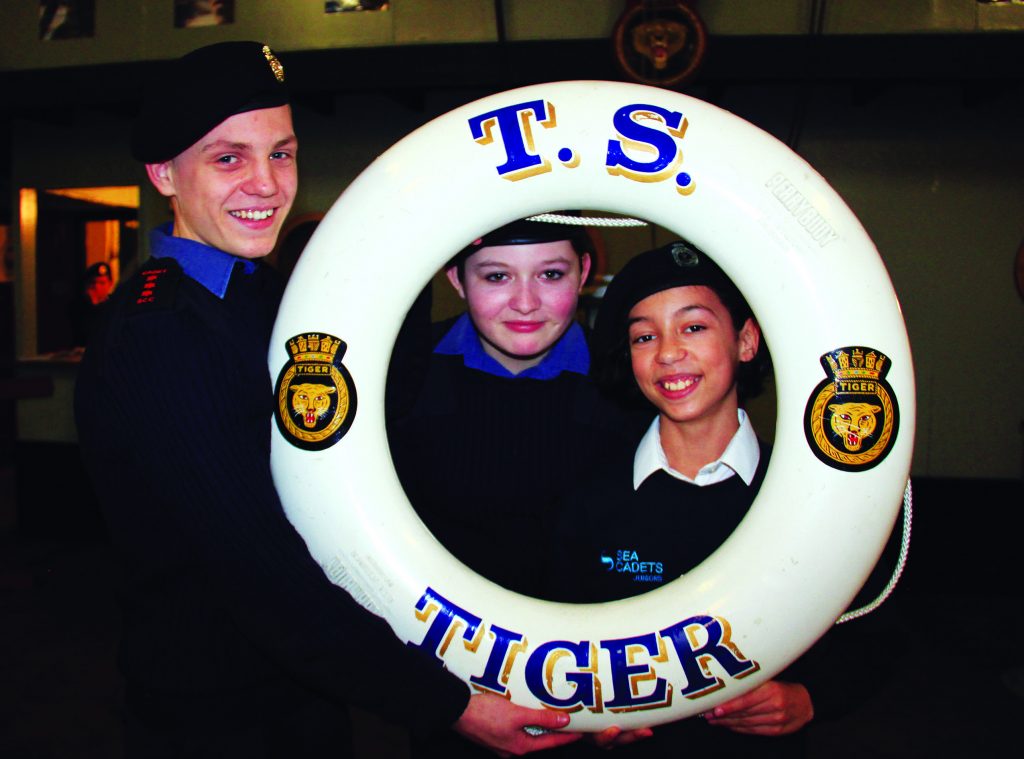 The voluntary run organisation held at Ross Walk offers young people aged between ten and eighteen the opportunity to engage with members of the local community and learn valuable life skills such as perseverance and team work through nautical adventure.

The Sea Cadets is an organisation steeped in military and navel history. It was originally founded in the 19th century, at the time of the Crimean War, in order to aide orphans residing on the sea port. The first brigade was created in 1854 in Kent, with the aim of giving young boys direction and training, particularly for war.

The Leicester based organisation prides itself by originating from a long tradition of Sea Cadets; a division of the UK’s oldest charity, which has a long and rich history and is strongly intertwined with the Royal Navy. The wartime Royal Navy Volunteer Reserve sign is worn by Sea Cadet officers in recognition of their years of service and sacrifice for their country.

Nowadays, Sea Cadets can choose to take part in a multitude of exhilarating and stimulating activities based on the organisation’s history.

Some of the opportunities available for a water sport loving individual include sailing, kayaking and power boating. If you would rather keep both legs firmly on the ground, the Sea Cadets offer experiences such as marine engineering, meteorology and cookery. There is also the chance to achieve accredited qualifications in these skills, take part in competitions and camps and even travel overseas.

Apart from providing fun for young people, these invigorating experiences are designed to increase stamina and fitness and develop interpersonal skills, hopefully leading to lifelong friendships. With team building activities as well as physical challenges, the charity aims to feed the heart, body and mind.

The value of these experiences have been recognised by the Lord Mayor of Leicester, Councillor John Thomas, who has chosen the Leicester Sea Cadets as one of his charities as part of his role as Mayor.

As well as support from individuals such as the Lord Mayor of Leicester, all branches of the Sea Cadets are managed by the Marine Society & Sea Cadets and are registered as charities, which are principally funded by donations.

For more information about how to join please visit: www.sea-cadets.org/leicester

INTERNATIONAL RETAILER WITH TRADITION AT ITS HEART