It’s that time of the year again where we celebrate the achievements of women across the globe. On Friday March 8 thousands of events will be taking place all over the world to celebrate International Women’s Day (IWD). These range from business conferences, government activities and political rallies, to theatrical performances, fashion parades and much more. 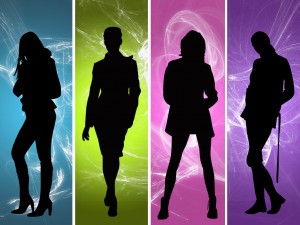 Since 1911 IWD honours the immense contributions made by women over the past decades and marks the continuous social, political and economic achievements of women. To mark this significant event, Pukaar Magazine has compiled a list of the Top 10 Most Inspirational British Women in the world right now!

She was one fifth of one of the most successful girl bands of all time, but since then Victoria has reinvented herself as a one of the most popular fashion designers in the world, having designed dresses for the likes of Cameron Diaz and Michelle Williams. Victoria was awarded Designer Brand of the Year at the British Fashion Awards in 2011 and her years of grafting and passion deserve to be admired.

Eve started her career as a tea girl at Honey magazine and went onto to become the fashion editor in 1967 and the second female editor of the Sunday Mirror. Eve’s journalistic career has spun a web of prolific roles from launch editor-in-chief of ELLE magazine to a features editor of TV-am. Eve’s dedication and ambitions are an inspiration to women everywhere.

Adele has achieved what most women would dream of; she has turned her heart-breaking split into a multi-platinum record. Adele’s album titled ‘21’ was the longest running album by a female solo artist in Billboard history and she has since gone on to bag top accolades at the Brit Awards, Academy Awards and more recently at the Oscars. Adele’s success highlights that you should never be afraid to be the real you.

Who hasn’t heard of her? From a struggling single mum living on benefits to a multi-millionaire author within just five years, J.K Rowling’s story is truly remarkable. The Harry Potter books and film franchise has captivated children and adults across the world, selling over 400 million copies. J.K Rowling is living proof that you should follow your dreams despite adversity.

Known as the ‘first lady of football’ Karen Brady has gone onto succeed in what is typically a man’s domain and is now one of the most renowned businesswomen in the country. Karen became the Managing Director of Birmingham City FC at only 23 and is now the vice chairman of West Ham Football Club and judge on the hit TV show The Apprentice alongside Sir Alan Sugar.

Paralympian swimmer Ellie Simmonds epitomises young talent. At the tender age of 13 Ellie was the youngest British athlete at the 2008 Summer Paralympics and has since gone on to win several gold medals at the Paralympics and the World Championships. Ellie’s courage leaves young girls inspired to pursue their dreams fearlessly.

The track and field athlete has competed in competitions all over the world and more recently won gold in the Heptahlon at the most memorable night at the Olympics. Jessica’s demanding schedule and determination to succeed is an inspiration to young athletes.

Dame Judy Dench is one of the most significant actresses Britain has produced, with her work ranging from theatre and TV to film. Her effortless acting and sense of humour have made her one of Britain’s most loved actresses.

A woman of great spirit, Margaret Thatcher is the first and only female Prime Minister that Great Britain has ever seen. This lady has paved the way for women in politics and her fortitude is admired by women all over the world.

Who else could it be? 2012 saw Queen Elizabeth celebrate 60 years of monarchy since being appointed to the throne at just 25. The Queen has served the country and parts of the world with her elegance, grace and admired wisdom spanning over an immense six decades.