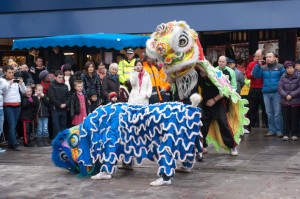 Head into the streets of Leicester this season to enjoy a mix of spectacular celebrations filled with lots of dance, music, food and most of all – fun! Join the city’s various communities to take part in their special festivities.

The Chinese New Year celebrations get underway on Sunday, February 10 at Humberstone Gate. Organised by the Leicester Chinese Community Centre, the event will feature a range of arts and crafts including calligraphy and paperwork, followed by firecracker lighting and lion dancing. The event will take place from 11am to 3pm and attracts around 500 people. 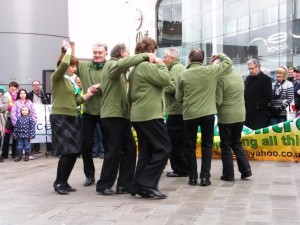 A spokesperson from the centre said: “We aim to provide a friendly event for everyone
to share our traditional Chinese culture. It is also a way to make the younger Chinese generation aware of their heritage and culture.” Traditionally, Chinese people wear the colour red and decorate their houses with the same colour as it is symbolic of luck, which will bring them best wishes for the forthcoming year. The event is free for all to attend.

On Sunday, March 17 the city hosts the St Patrick’s Day Parade. Organised by the Emerald Centre, the parade starts at 12pm from New Walk outside the Holy Cross Church. Various members of the Irish community all parade through the city with country flags and Irish wolfehounds, music and dance. Emerald Centre manager Tony Cusack said: “The St Patrick’s Day Parade has become one of the major celebrations of Irish culture in Leicester over the past few years. It is a fantastic event, which encourages both the young and old to participate.” 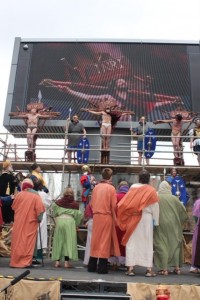 Get ready to enjoy a splash of colour on Wednesday, March 27 as the festival of Holi gets underway at Spinney Hill Park and the Cossington Recreation Ground. Approximately 7,000 people are reported to have attended the celebrations last year. For Hindus the festival holds a spiritual significance. The bonfire represents light and the ritual of burning coconuts signifies the burning away of old sins and the chance to start afresh. Prashad (holy food) is also distributed on the day.

Finally celebrate Good Friday on March 29 with Christ in the Centre who will be putting on a play based on The First Easter by Meg Harper. There will be two performances at Humberstone Gate on the same date at 10.30am and 2pm. Joint chair of the event’s organizing committee, Rev Stephen Foster said: “One of the strengths of performing this event right in the heart of Leicester’s shopping area is the opportunity to bring the true Easter message to a much wider audience than we have done before. We hope holding the second performance in the afternoon will increase the effectiveness of this out-reach.”

A WORLD WITHOUT POVERTY, INJUSTICE AND INEQUALITY