Welcome to Pukaar Magazine’s brand new ‘Writer’s Corner’. Every edition we will be catching up with a local writer to find out what they’ve been up to. Meera Majithia met up for a cup of coffee with crime novelist Jane Adams, who revealed some exciting details about her next book an a quirky character she just can’t wait to introduce. 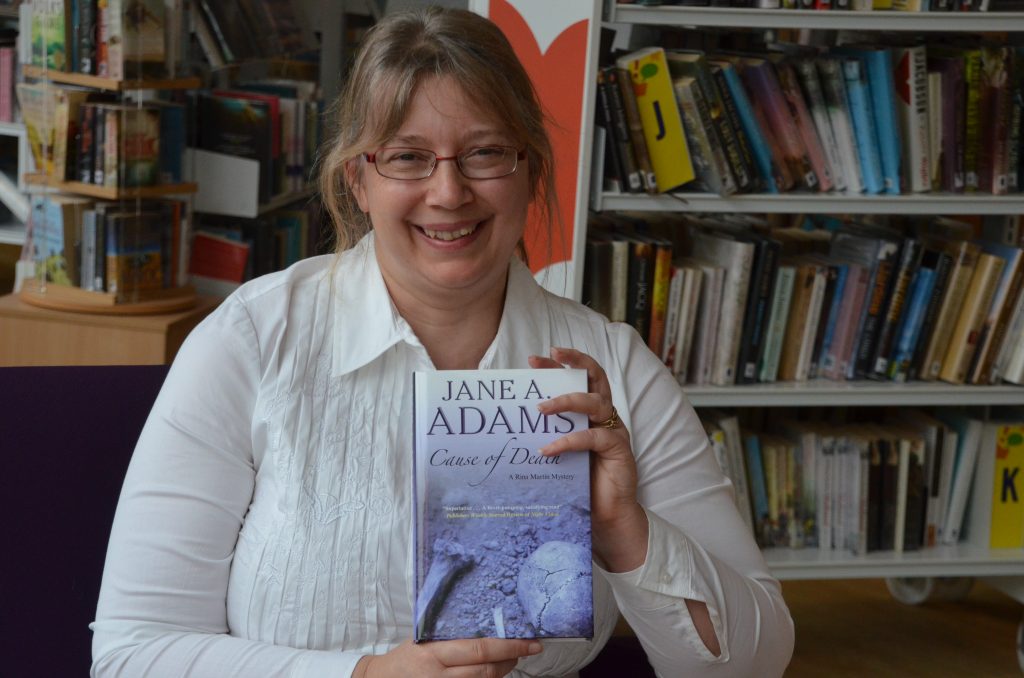 How did you get into crime writing?

Oh by complete accident. Crime writing is actually one of the genres I said I wouldn’t do because I thought it was too detailed and complicated. But then I wrote The Greenway and it had an investigation in it. When I sent it to my publishers they said ‘oh it’s a crime novel’ and I said ‘oh is it?’ – and there you have it, I suddenly found myself to be a crime novelist.

How much research do you have to do to ensure the details are all correct?

My initial contact was a journalist from Yorkshire who had covered the police beat for years. He had actually covered the Yorkshire Ripper case and gave me an insight into the way things worked. I then met a student on one of the courses I ran who was an ex chief police constable. I’ve been very lucky! But there’s a lot of information on the internet now too and of course you have to bend the rules a little when you’re writing.

You seem to write a lot of series books. Is there any particular reason for this?

I think the expectation when you’ve written one book is that you write more with the same characters. Sometimes it’s a pain because you try not to put in situations they wouldn’t be in or you need to find a location or another way of them being there. I think the thing is, my books tend to be ensemble pieces. There are lead characters but there are also secondary characters who make it to the forefront in another book.

Are any of your characters based on real people?

I try not to do this, but people do creep in. In the second book Cast the First Stone, which is part of the Mike Croft series, the story is set in Norwich, but based on incidents in Leicester. They were incidents happening close to where I was living at the time and everyone in the street knew I was writing. When the book was published the events had finished but everyone knew I was writing about them, so I had people coming up to me saying ‘that’s me isn’t it?’

I hadn’t intentionally meant to do that but they’d identified themselves or part of themselves in the book. And the interesting thing was the characters hadn’t been shown in a very good light but people still wanted to claim them and that intrigued me.

Do you have a favourite character?

There are two that I’m very fond of. One is Ray Flowers from the Angel books and I would love to write more of him. I left my publishing company, which is why the series didn’t go with me, but there are two more books that are half written and I would love the opportunity to finish them. The other is Rina Martin. She wandered around in my brain for years before I got to write with her. I grew up with very strong women who just went and did things and I think Rina is centred around that.

There is also a character in the book I’m writing at the moment, who I think I’m going to find very difficult to let go of once I’ve finished. Her name is Molly and she is in her late
70s. She’s dynamic and awkward and really bloody-minded and doesn’t do what I’m telling her to do. This is always a sign of a good character because they’re developing beyond what you thought they would. I think I’m going to have a hard time letting her go because she has the potential to interfere in other peoples’ lives a lot longer.

She sounds intriguing…can you tell us some more about the book?

It’s in the Naomi Blake series and Molly is not a proper relative of Alex, but one the family have adopted over the years. The first line she says in the book is: ‘There is a man in
my garden with a gun and I want something done about it.’ She is on the phone with the police and that really sets up Molly and the way she thinks about life. It is something that shouldn’t be happening and she isn’t going to get frightened. The book is more at the thriller end of the market and has lots to do with the intelligence service and things that happened in the 60s which have come back to bite people now. It’s a tale of destruction.

Where do you get your inspiration from?

I think it’s a mix and different for each book. The Greenway was inspired by a place I used to visit in my childhood and the third book is really about my father. Ray Flowers from the Angel books was based on someone I knew slightly and also the witches trials that took place in Leicester in the 1600s. Sometimes there’ll be an item on the news that will spark something. Other times I’ll be writing something and the same thing crops up on the news and I’ll be like damn I have to change that – this happens a lot.

What do you like to do in your spare time when you’re not writing?

I paint and make jewellery. I’m not very good at sitting still!

Read a lot and write a lot. I’m amazed by the number of people who say I would like to write but they don’t read, or the number of people who would like to write but don’t. And also don’t expect results. I was incredibly lucky that I got my first book placed but that’s so rare. Don’t allow yourself to be put off by rejection slips. You have to really want it and enjoy

the process because if you’re not enjoying it you should go and do something else. And remember, don’t expect to get rich, very few writers do, but it is possible to make a living out of it.

Jane Adams’ forthcoming novel The Lost Ones will be releasing in Spring 2013. 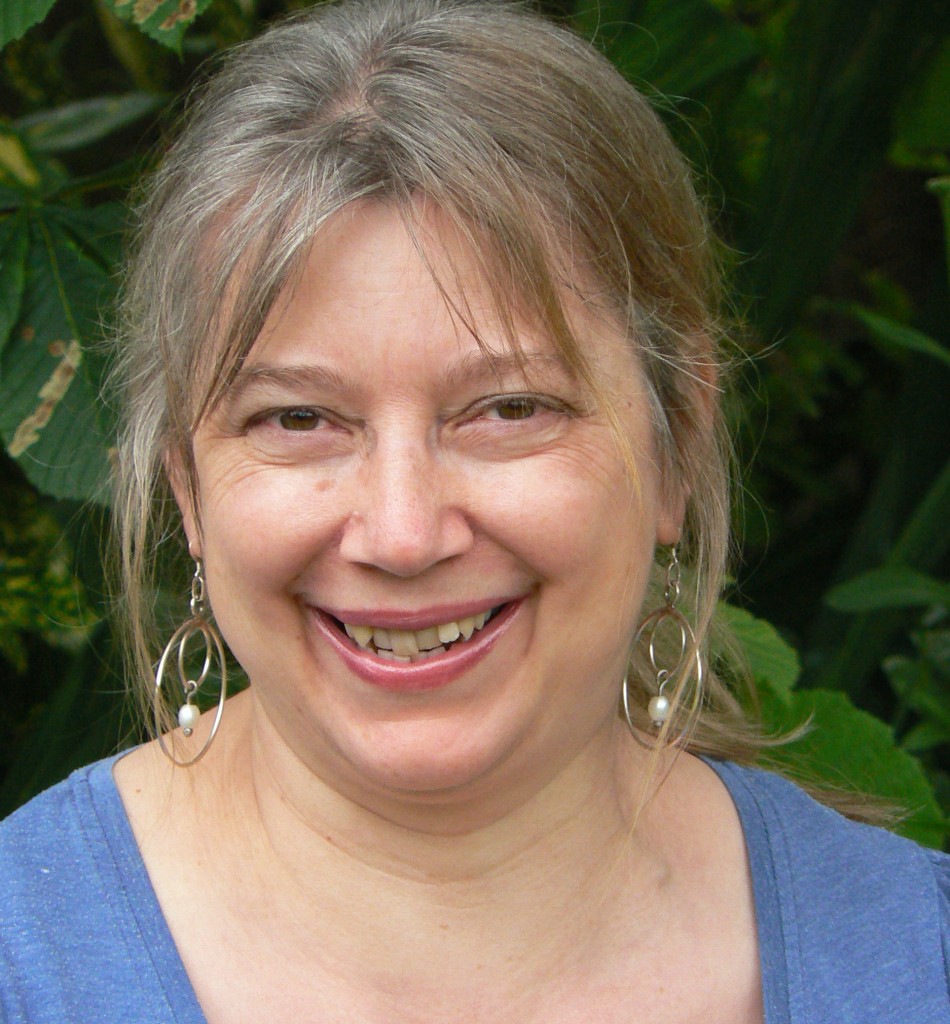 Jane Adams grew up in New Parks, Leicester and is the youngest of six siblings. She completed a degree in sociology at the University of Leicester and started writing in her 30s after both her son and daughter started school. She is now a full time writer and also helps her husband with their family business as well as teaching part time on the creative writing course at De Montfort University.

We asked Jane to pick her top five crime novelists. See her list below (in no particular order)

I like all his stuff, and the way he combines crime with an odd sense of ‘otherness’. A good place to start would be Every Dead Thing.

My favourite of his is In the Electric Mist With the Confederate Dead.

The Alienist is a great read and combines history and crime with the early days of psychology.

I would recommend just about anything, but especially Mystic River. The film is very good too.

He is more of a thriller writer really. I read Shibumi years ago and it remains a comfort read. I love his short stories as well.

A place for music fans to ‘Unwind’