Deputy Director of St Philip’s Center, Riaz Ravat Bem writes for Pukaar about the fact that multi-faith relations hand in hand with volunteering in the city.

Inter-faith relations take place in many forms and guises, from the formal structured conversations between leaders to the informal encounters between people in supermarkets or at the school gates.

St Philip’s Centre has reshaped inter-faith work by developing innovative, accessible opportunities which reach a wider audience. Over the past few years, there have been noticeable efforts by national faith bodies to co-ordinate service-based volunteering. Sewa Day, Mitzvah Day, Taste of Faiths and Inter Faith Iftaars are just some of the programs we have delivered with partners. Such initiatives have broadened the way in which encounters takes place. Whether standing in solidarity outside supermarkets on freezing Sundays in November to collect toiletries for the homeless or running parties for the elderly, the creation of such wholesome and open dialogical encounters creates the basis from which insecurity can be replaced by inclusion and where reservations are converted to relationships.

To sustain inter-faith harmony, we need to create more arenas to act as a places of encounter for dialogue. Diversity over uniformity is a given but the more we separate in mind-set, the more we segregate as citizens. Whether we are policy makers, opinion formers, service providers or indeed communities, we need to robustly assess the impact of our actions for the universal golden rules of treating others as we would want to be treated ourselves and to impart and attribute respect and incalculable value on all of humanity.

In an act of immense humility, earlier this year, Pope Francis I washed and kissed the feet of 12 prisoners, one of them a Muslim inmate. As the global leader of an estimated 1.2 billion Roman Catholics, his actions demonstrated that immersion in one faith need not restrict the deliverance of virtue.

In 2011, Pope Francis I as Cardinal Bergoglio wrote compelling words, “Dialogue is born from an attitude of respect for the other person, from a conviction that the other person has something good to say. It assumes that there is room in the heart for the person’s point of view, opinion, and proposal. To dialogue entails a cordial reception, not a prior condemnation. In order to dialogue it is necessary to know how to lower the defences, open the doors of the house, and offer human warmth”. 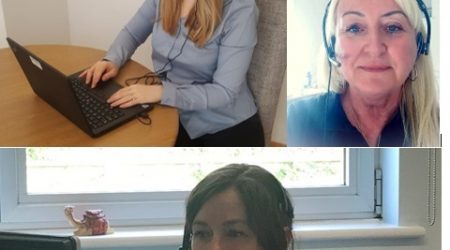