For most people a visit to Florida in America is usually for a trip to the theme parks of Disney or Universal studios, or maybe for the sun and glorious beaches of Miami. But less than an hour away from Miami International Airport are the Florida Keys. The best way to see them is to hire a car from the airport and take yourself on a little road trip. The easiest and cheapest way to hire a car is do it from the UK before you leave.

So what are the Florida Keys? They are an island archipelago starting from the southeastern tip of the United States‘ state of Florida. They begin about 15 miles (24 km) south of Miami and extend out toward the southwest and then west toward the Gulf of Mexico. In total there are over 1700 islands but very few of these are populated and most are very small. The tropical climate in the keys means sunny weather year-round, perfect for surf and sand activities.

You could drive straight from Miami Airport to Key West which is the last key in about four and a half hours – but where’s the fun in that when there is lots to see and do along the way? 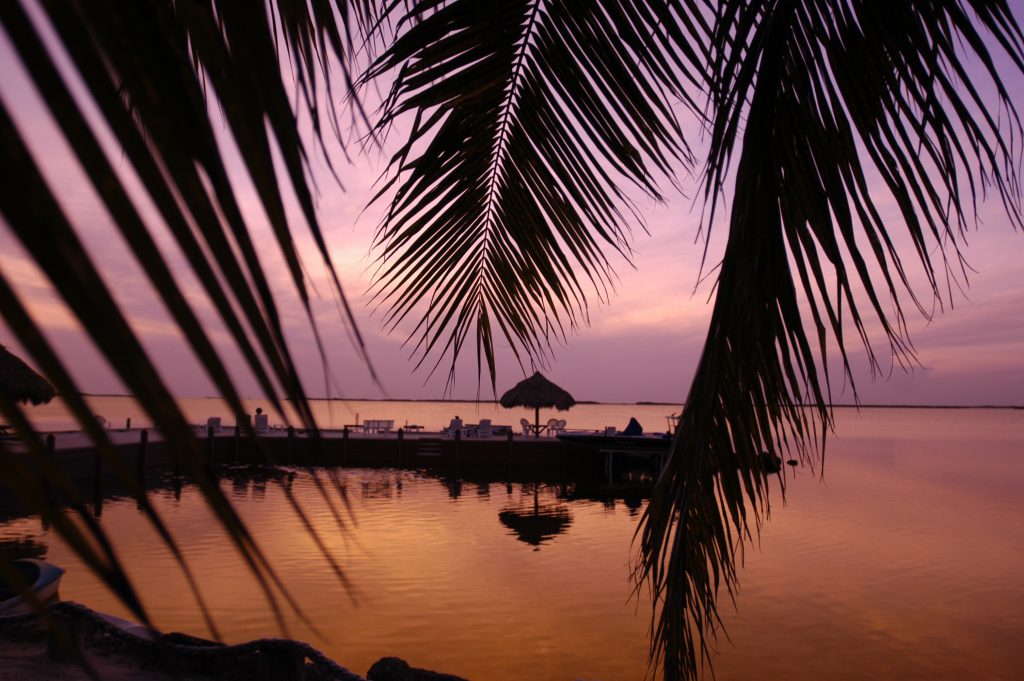 We picked up our hire car and GPS and set off towards the Overseas Highway – this is the main road which takes you all the way through the Keys, right to the very end. Our first stop and just an over an hour after setting off from the airport we stopped off at Key Largo. There are lots of national parks and sights of natural beauty throughout the keys but the first you will come across is John Pennekamp Coral Reef State Park which is in Key Largo. It’s the first undersea park in America and it’s the coral reefs and their associated marine life that bring most visitors to the park.

Many enjoy the view of the reef from a glass-bottom boat tour which you can book in advance, but visitors can also get a closer look by scuba diving or snorkelling.  You can also Canoe and Kayak through the park’s waters and fish in some designated areas.

As you drive along the Overseas Highway you will see mile markers, this tells you how many miles you’ve got left till you reach the southernmost point of the keys which is mile marker zero. After checking out of our hotel in Key Largo we headed to Marathon which is in an area called the Middle Keys. Our first stop was at the Dolphin Research Centre which is a not-for-profit organisation and the home of the original Flipper the dolphin from the TV series of the same name.

Here visitors can take part in a variety of interactive events like swimming with the dolphins, getting the dolphins to paint you a t-shirt (yes really) or even be a trainer or researcher for the day.

These get booked up very quickly so if it’s something you fancy then I suggest you book it well in advance. I was lucky enough to shake a dolphin’s fin, give it some instructions and get up close and personal without having to get in the water. You can easily spend the whole day here watching the dolphins which are swimming happily in specially-built lagoons in the sea, as well as listen to the talks given throughout the day by some of the research centre staff.

No visit to the centre is complete without a visit to the gift shop where you can take home a little souvenir and keepsake of your visit. 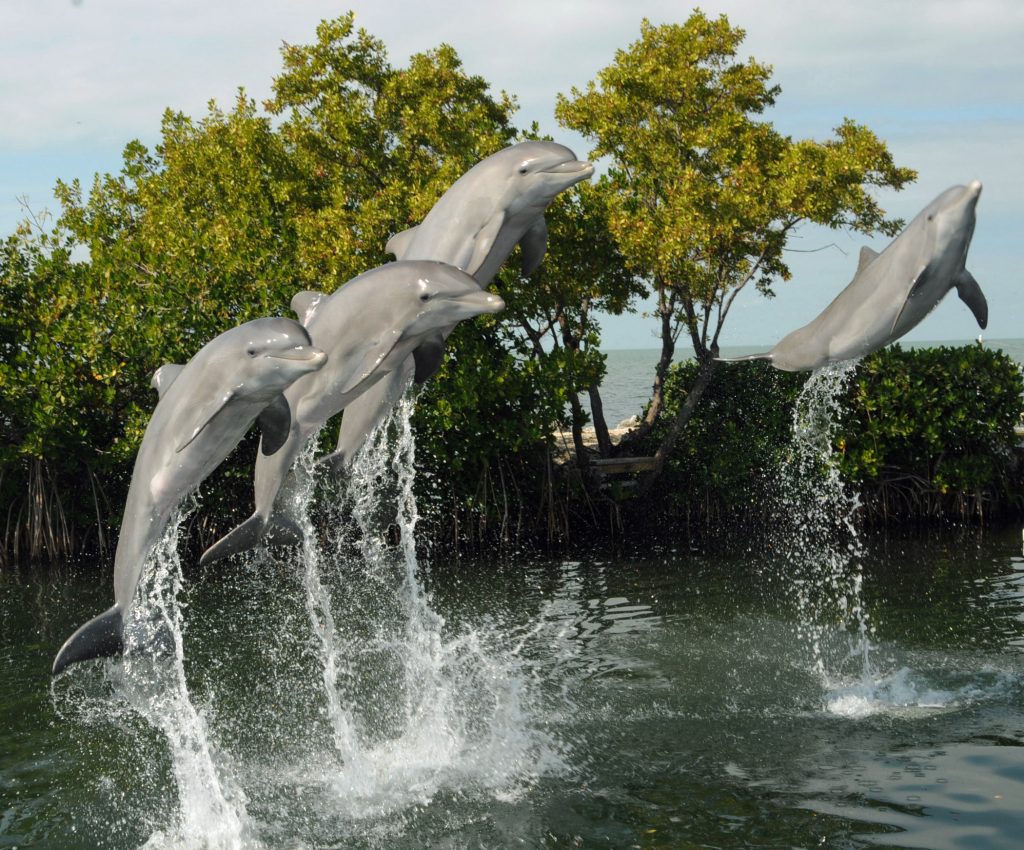 If your visit to the Dolphin Research Centre still doesn’t satisfy your need to see some of the most amazing wildlife in the keys then a short drive from there is the Turtle Hospital. This is another not-for-profit facility and it is an actual hospital where they have ambulances to pick up injured and poorly turtles and an operating theatre and medical facilities on-site. You can visit the hospital on a daily basis but as it’s a working facility the number of people on the tours are limited per day. So again if you want to see some of the great work they do then book in advance – it’s definitely well worth a visit.

The hospital also does several Turtle releases back into the sea several times a year for those who are well enough to leave, so if you happen to be in the keys when this is happening then try not to miss it.

Now you can’t come to the Keys without visiting the infamous Seven Mile Bridge which is just past Marathon. It is the longest of the 43 bridges in the keys that connects the smaller islands and it’s also the most iconic. You can park your car near the old bridge to access it by foot.

It is definitely worth a stop off for the views and some breath-taking photos and if you have time a visit to Bahia Honda National Park is a must.  It has the best beach on the keys – imagine white sands and crystal blue sea as far as the eye can see and it pretty much sums up the beach. There also picnic areas and a Butterfly trail within the park. There is a small entrance fee to pay but it’s worth every cent. 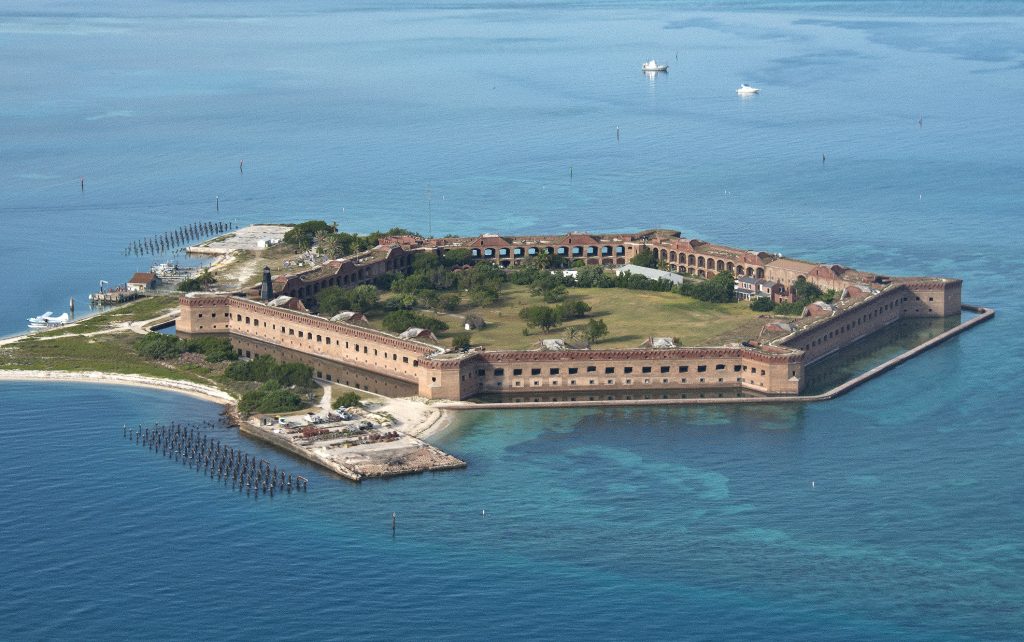