The Real Junk Food Café in Leicester aims to revolutionise the way we look at food waste, encourage creative cooking while feeding as many bellies along the way.

Started in Leeds four years ago, The Real Junk Food Project has quickly grown into a global movement. Today there are more than 100 cafes worldwide as far as Australia and Israel.

Bobby Hawkins and Alison Preston launched the café in Leicester two years ago. They met through mutual friends while Bobby was cooking a meal for the homeless and quickly realised they both had a lot in common. 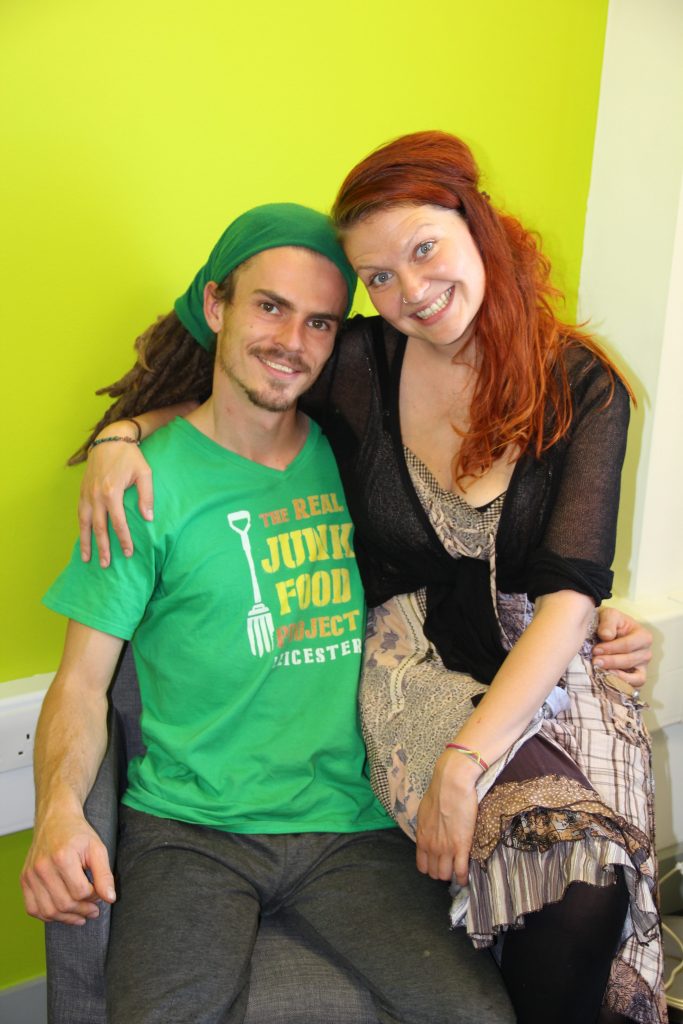 Bobby suggested the idea of opening a Real Junk Food Café in Leicester and Alison, who had already eaten at the Bristol café was just as keen.

The city café opened its doors in May 2015: “We literally had no food no volunteers, no plates, no cups no cooking material, no people to serve and no food, says Alison. “There wasn’t even a proper kitchen.”

They put a post on Facebook and word spread like wildfire. They ended up getting around 30 volunteers and all the ingredients: “We served 270 people and raised about £700,” Alison says proudly.

The main aim of the café is to feed everyone and to hopefully abolish food waste. As Bobby explains: “We’re one of the few businesses in the world whose aim is to go out of business – that’s our long-term business plan.”

Based in the LCiL West End Neighbourhood Centre, the café is open three days a week for lunch on Tuesday and Friday and for dinner Thursday evening and runs on a pay as you feel basis.

“People don’t feel like they are getting a handout, even if they put a few coins in the box or help with the washing up, they get the same service as everyone else. Nobody knows how much anybody is paying – it’s completely anonymous, you could be sitting next to a homeless person or a millionaire.”

At least 90% of their food is donated from supermarkets around the city including all fruit and vegetable. They very rarely get luxury items like cheese so they often get creative. “You never know what ingredients you’re going to get and the menu will keep changing right up until we serve it.”

Dishes can range from a chicken curry to one of Bobby’s recent creations; smoked salmon and goat’s cheese with dauphinoise potato. They also cater for vegans and will always serve a gluten free dish.

Unlike a soup kitchen, the café is one of the few places that give options and by not serving traditional meals, customers try new things all the time and are often surprised by what they like. “We’re opening people’s minds to what food can be and what you can make out of very little ingredients.”