Independent stores are few and far between in Leicester city centre, with global brands dominating the High-street. Watch This Space is a breath of fresh air and is quaintly nestled within Leicester’s St Martin’s Square, a place you might find down the quirky lanes of Brighton or hidden amidst the bustle in London, with its vintage charm and rustic accents.  The unique store is home to an eclectic array of beautiful one-off accessories, all of which are created by emerging talent and coincide perfectly with Stephanie’s designs. 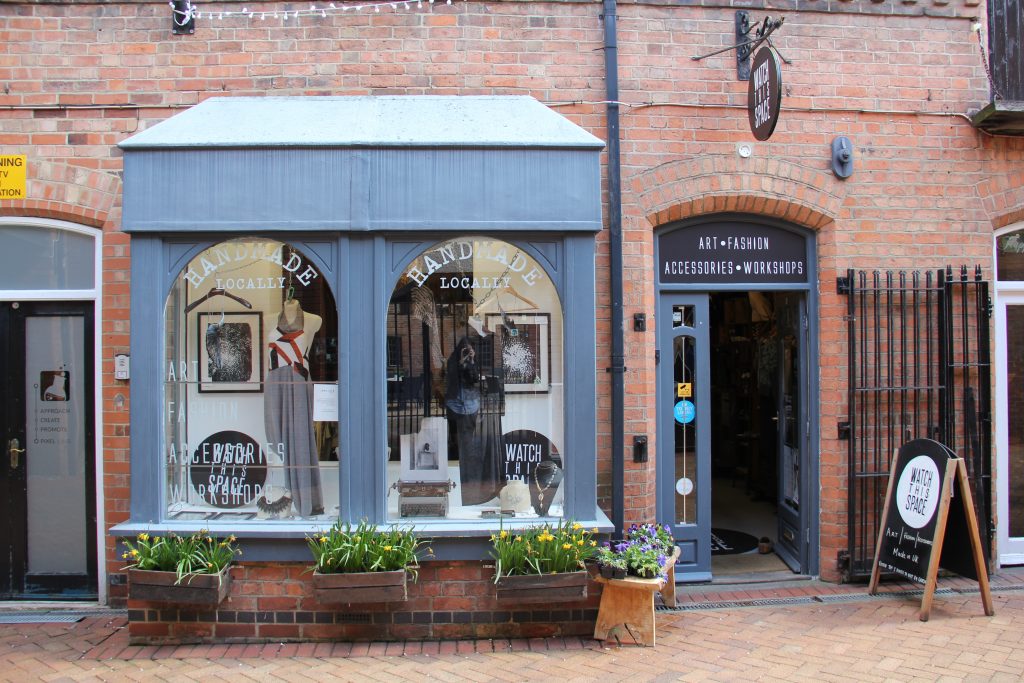 Northern girl Stephanie was born and raised in Wigan but moved to Leicester 15 years ago to study Fashion Fabrics and Accessories at De Monfort University. It was here she learnt the required skills and techniques of designing, including dyeing and digital printing, which have inspired and influenced her own designs, Stephanie begins by reflecting back on her ambitions: “I knew that at some point in my career I wanted to design and sell my own pieces but I was very aware that that was a massive goal to achieve and you have to start from the bottom and be an intern, luckily I’d done a lot of work experience throughout college and university.”

After graduating from university Stephanie went onto designing for a supplier in Leicester and soon realised it wasn’t for her: “It was awful, it was too different to what I thought my career was going to be and all the effort I had put in at college and university, to just sit behind a desk and copy other people’s work, to send to buyers which really wasn’t for me.”

Stephanie’s vision was to get her own designs into other people’s stores and landed an amazing opportunity to collaborate with renowned designer HEMYCA at London Fashion Week. The design house wanted to take Stephanie’s leather accessories to Harrods, who were looking for new designers to feature on their stair-way, but unfortunately didn’t take on her designs. 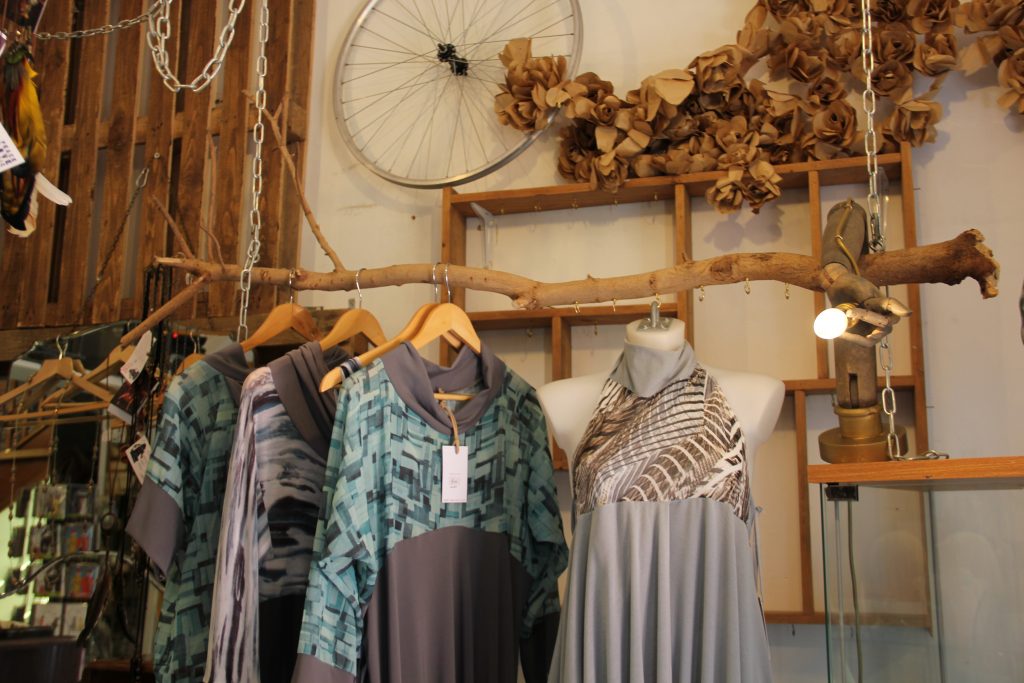 Staying optimistic she decided to keep trying elsewhere in other stores and trade-shows, but had no such luck. Networking events played a huge role in where Stephanie is today, and she explains how: “I met a guy who had his own IT Company, I was telling him about my struggles and he just simply said; why don’t you open your own store? And just do it for yourself, which to be honest seemed like such a ridiculous answer to my question because I just thought that’s so hard, but the more I started to think about what he was saying, I thought I may as well give it a shot,” she said.

“I did a pop-up shop with a friend of mine for 6 months just to test the water and it went okay, but I realised that I worked better alone. I had my own vision and she had hers, so we closed that and that’s where I decided to concentrate more on fashion and accessories and open this store.”

Watch This Space opened its doors in 2012; and was even voted one of the top five places to visit by Grazia. The boutique has developed over the years and is recognised for its kooky and contemporary style. Stephanie explains what makes the boutique so distinctive: “People get an experience when they walk through the door it’s not just your bog-standard layout of trends because we don’t follow any, we like to set our own and people come here because they know they’re going to get what nobody else is wearing.” 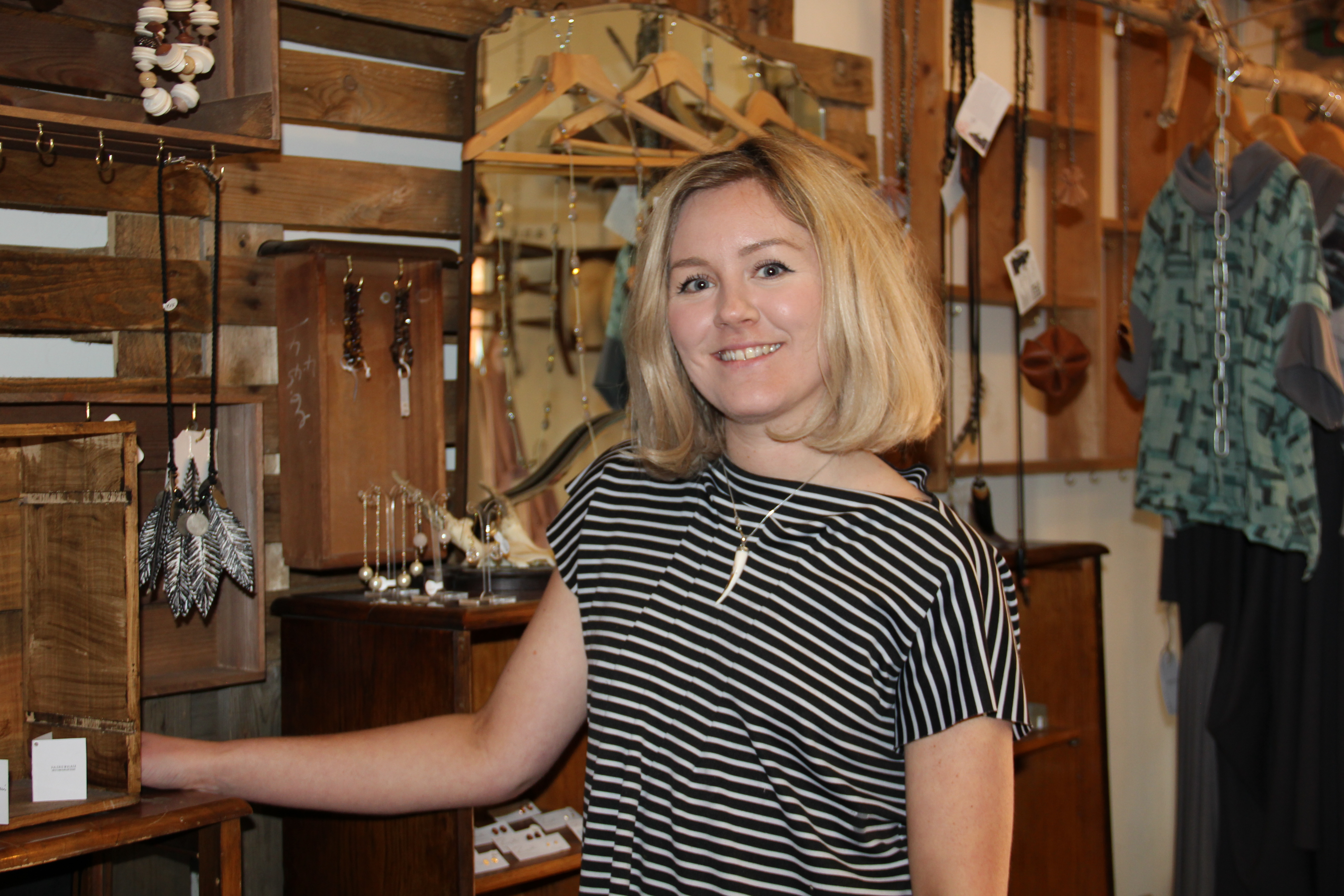 When entering the boutique it’s hard to know where to direct your attention, each shelf and make-shift rail beholds something unique. Stephanie started scouting accessories from emerging designers to stock in the store by venturing out to underground exhibitions, craft-fairs and galleries, but now she uses social media as the main source for finding new talent. One particular collection that’s popular with the boutique customers are accessories by Ware London, who creates sculptural and ethical jewellery from inner-tubing. When asked what she looks for when selecting designers Stephanie explained: “Definitely quality, the prices and also the uniqueness, as I don’t like to stock something that you would see on the high-street, it has to be really innovative and different to what people would usually buy.”

Minimalism is a key element to Stephanie’s own collection, SM Walker, which hang fluidly from branches. She Incorporates materials such as cotton, wool, jersey and leathers into her designs, reflecting a raw and natural appeal. Stephanie sheds light on her inspiration for her current summer collection: “I was inspired by Greek goddesses, with the draping and the sari like dresses. But unlike the goddess style I didn’t want to show too much skin, I just love the organic fluidity of the material, which drapes beautifully on the body. I feel like a lot of women these days are put into boxes of sizes, when every woman’s shape is completely different. I work on the emphasis of the cuts of my fabrics, because what works for one woman, may not necessarily work for another.” 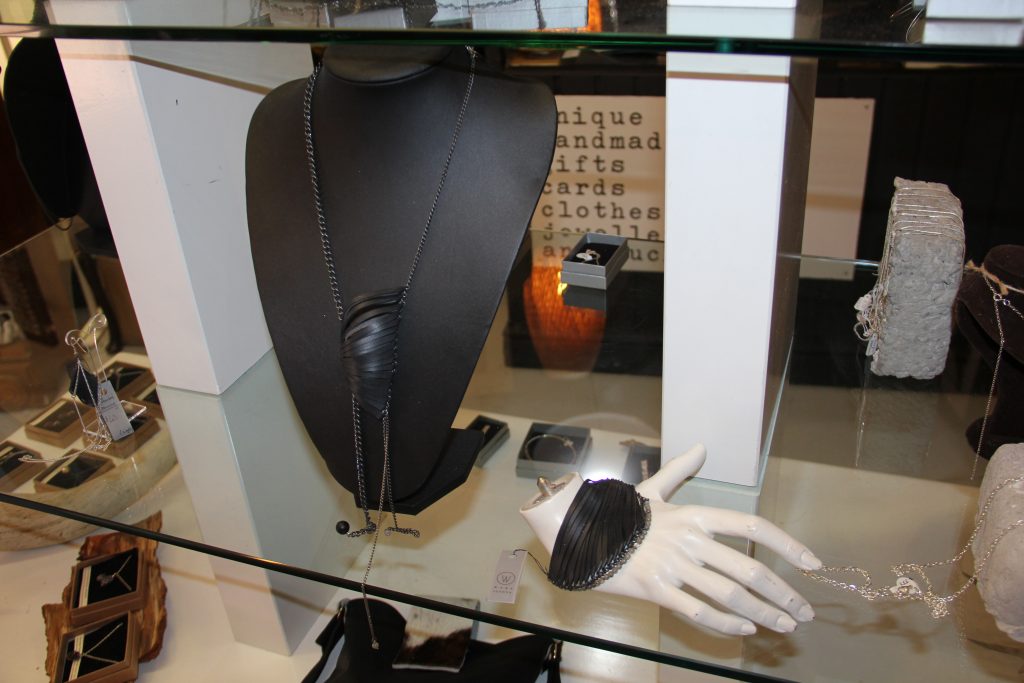 As Watch This Space doesn’t follow conventional trends I was intrigued to find out where the ideas for Stephanie’s designs come from: “When I go fabric shopping, I go with a blank slate and just choose one colourful printed fabric and just work around that, to me it’s more about the raw basics of making clothing and pinning it onto a mannequin rather than using all the rulers.” This method of designing is what sets SM Walker clothing aside from any other store in Leicester.

The talented designer enthusiastically shares an exciting annual event which is held in the boutique: “We have a summer party lined up in July and we bring in Tarot readers, as I myself am quite a spiritual person, we also put hay bales outside and give free drinks out in order to launch new designers that we have stocked in the shop and it’s a bit of a networking event at the same time. Watch this space.

For more information about the boutique visit: watchthisspaceboutique.com