The ancient art of numerology can be traced back thousands of years as a method used by many different cultures. But with everything there are of course the sceptics who think it’s all just a bit of nonsense, and those who swear by it and have had life changing outcomes as a result. 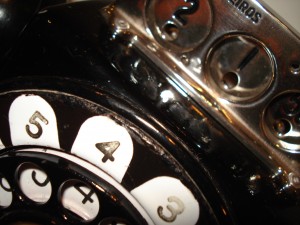 Pukaar Magazine caught up with numerologist Sanjay B Jumaani, who not only has some A-list celebrity clients on his books, but has made some remarkable predictions over the years. Explaining the art of numerology, Sanjay said: “Astro numerology is based on the zodiac sign as well as on the principal number and on the destiny number. We make predictions on the future and give solutions to various problems.”

Numerology can be termed as a science, based on the fact that each and every alphabet has got numerical value and vibrations, and one cannot see certain things, but can perceive this. Numerology categorises people on the basis of their name and date of birth. The sum total of the name of a person should be in tandem with the date of birth he or she carries. The sum total denotes whether that number is favourable or not for the person. Since their date of birth cannot be changed, adding or deleting of letters in their name is the only way to achieve harmony among these two sets of numbers. And the Jumaani’s believe that once this is changed your life will find a new turning point.

Sanjay learnt the art of numerology from his father Bansilal M Jumaani. Interestingly he was a non-believer beforehand, but after struggling in sales for 17 years his wife and mother convinved him to ask his father to help him through numerology. His father suggested he change his surname and therefore Sanjay Jumani became Sanjay B Jumaani with a double ‘A’ and after six months of doing so, he found his life took a complete u-turn.

“My dad’s work started picking up and he told me, son, I’m not getting any younger why don’t you join me we will make a good team. So I started assisting him. I would see him make predictions and I got intrigued in the way he was doing his calculations and convincing people in such a way that they would agree with what he was saying,” he said.

Sanjay works alongside his sister Swetta Jumaani and some of their predictions include; predicting that Bollywood superstar Shah Rukh Khan would have a great year when he turned 47, despite facing a disastrous result with Ra One.  As the actor turned 47 his film Don2 became a huge hit and grossed over Rs. 210 crores. They also suggested his IPL team Kolkota Knight Riders change the colour of their shirt and the logo, and this saw them go through to the top four, and actually winning the competition the following year.

He also predicted the Indian cricket world cup victory beforehand, when cricketer Sachin Tendulkar would score his 100th century and was instrumental in the success of television production house Balaji Telefilms, who oftern asked for advise on the spelling for the names of their shows. However, the biggest accomplishment for the numerologist is the success he sees with more personal clients, particularly those couples who were deemed childless by the best gynecologists, but with his help have become proud parents. 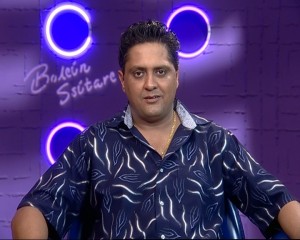 But what about the sceptics and the non-believers we asked. “I don’t have time for disbelievers,” Sanjay said. “I respect their ideologies and their thoughts because I myself was a disbeliever at one time. But I would always say that if you don’t know something about the science or about an art don’t mock it.”