IT WAS WHEN A BUTCHER NAMED HENRY WALKER BOUGHT A LITTLE SHOP IN THE HIGH STREET OF LEICESTER THAT CIRCUMSTANCES WOULD LEAD HIM TO CREATING THE FAMOUS CRISP BRAND. 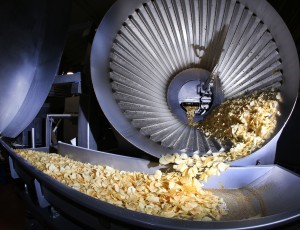 In 1948 in Leicester, Walkers was founded by Henry Walker, a company famously renowned for its crisps and potato snacks. Walker opened butchery in Leicester in the 1880s, which lead to success and the search for bigger premises in the early 1990s.

However, meat rationing and food shortages after the end of World War II lead walker to have to make a quick business decision. Due to the vast availability of the trustworthy potato, Henry Walker decided to start manually cutting, peeling and frying them to make crisps. Walker started selling crisps to his customers, which proved to be the start of a brilliant business. Consequently, in 1948 the Walkers brand was born.

The brand grew at a vast rate and soon the process of manually cutting potatoes had to be modified. The company now has crisp-producing factories all around the UK; however, Leicester is still home to what is thought to be the largest crisp manufacturing plant in the world. This enormous food-processing site is located at Beaumont Leys, producing the world famous Walkers crisps.

The history of the Walkers brand is extremely impressive; it had spread its popularity across the Midlands by the end of the 1970s, the brand then launched into Scotland in 1995, crossed the sea into Northern Ireland by 1997, and into the Republic of Ireland during the turn of the century in 2000.

In 1989 it was acquired by Froto-Lay, the owner of Lay’s, a division of PepsiCo. The famous yellow logo with a red ribbon poses similarities with the Lay’s crisp brand sold in Europe.

Nowadays, as Walkers produce crisps on such a large scale, during their potato harvest time it is possible for potatoes to be turned into crisps in packets within only one hour.

Walkers still has a significant presence in Leicester today. There is a lack of coincidence that since 1995, the Leicester born former footballer and current sports broadcaster, Gary Lineker, has been the face of the brand appearing frequently on advertisements promoting the potato snacks. 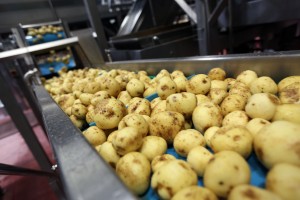 The Walkers brand since its creation has been a large employer for the citizens of Leicester. Due to the scale of production, at the beginning of 2015 the major snack-producing complex in Leicester was known to be employing over 2,000 people.

With the Leicestershire factory located on Leycroft Road it still remains at the very heart of our city and it’s history.