PUKAAR MAGAZINE’S JENNIFER MORRIS EXPLORES THE ON AND OFF-PISTE HIGHLIGHTS OF THIS PREMIER WINTER RESORT.

Basking in the rays of its Golden Anniversary year, the world famous Whistler Blackcomb Ski Resort is celebrating 2016 in style, complete with its very own commemorative film, “50 Years of Going Beyond: The Movie.” If you’re hungry to hit the slopes this season, Canada’s premier snow spot has enough to satisfy the most insatiable of appetites.

In 1966, the Canadian town of Whistler officially launched itself as a haven for world class winter sports. Fifty years on and the Whistler Blackcomb resort, as it’s now known, has been continually voted the top destination in North America by major ski magazines since the early 90s, attracting on average over 2 million visitors per year. 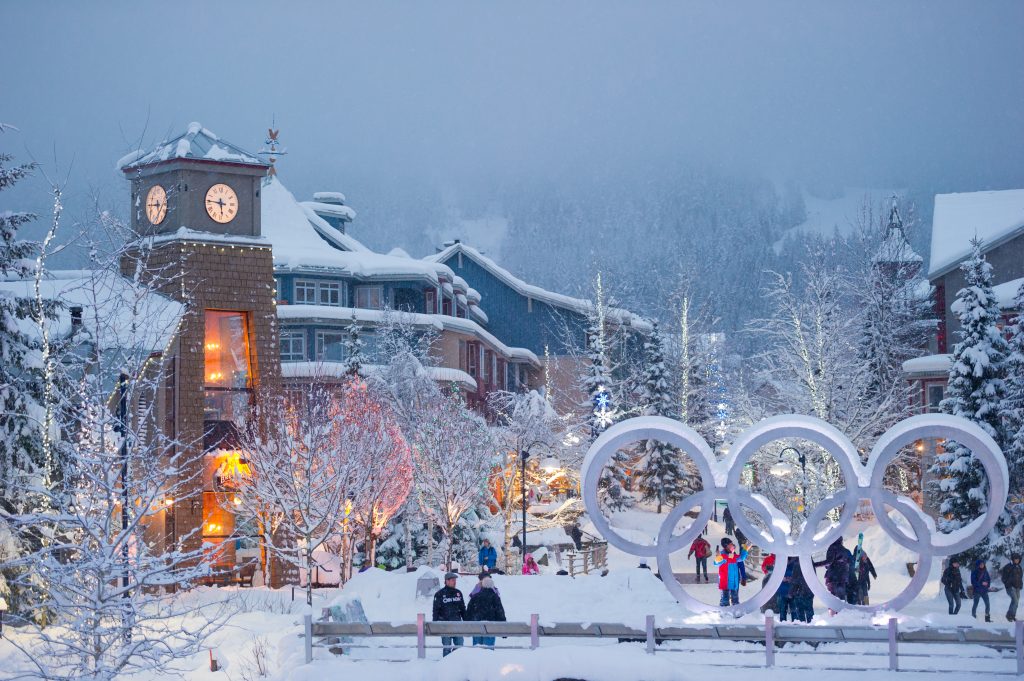 Situated on the west coast in the province of British Columbia, Whistler Blackcomb lies 75 miles north of the city of Vancouver. Transporting visitors from the bustling seaport is Highway 99, more lovingly referred to as the Sea to Sky Highway. Dramatic ocean vistas and mountainous backdrops dominate the landscape as the road rolls on towards a powder lover’s paradise.

Originally known as London Mountain, the nickname ‘Whistler’ came from the high-pitched cries of the local hoary marmot population, North American squirrels that inhabit the mountains tree lined slopes. Officially adopting the name in 1965 and merging with neighbouring mountain Blackcomb in 1997, the resort is now synonymous with skis, snowboards and slopes. Boasting 8,171 acres of varied terrain, over two-hundred trails catering to all levels of ability and a season that runs from November to May, winter sports enthusiasts come from worldwide to play in the regions average 38 foot snowfall.

Off-piste, there’s an equally impressive hive of activity and après ski. The two mountains converge at the base, opening up on Whistler Village, a hub of cafes and bars espousing the laidback vibes of the 1970’s hippie culture that adopted the town as their home from home. This pedestrian only area is divided into three sections, the Village, Village North and Upper Village. An idyllic setting to relax and unwind, the Village also offers some time out to plan activities away from the mountains.

Six years ago, Whistler realised a lifelong ambition, playing host to a range of events as part of the Vancouver 2010 Olympic and Paralympic Winter Games. The monumental occasion left a lasting impression on the resort with a world class infrastructure for both tourists and the resident community. Now owned and operated by the Whistler Sports Legacies Organization, the Olympic venues offer even more in the way of action and entertainment. The Sliding Centre is a must for adrenalin junkies. Home to the world’s fastest ice track, visitors can put their nerves to the test with passenger bobsleigh and skeleton rides, down a section of the 1,450 kilometre run. For a less heart stopping but equally thrilling experience, visit the Olympic Park which offers baseboarding, ski jumping and tobogganing. If you don’t feel the need for speed, don a pair of snowshoes and trek your way through 130 kilometres of beautifully scenic trails. 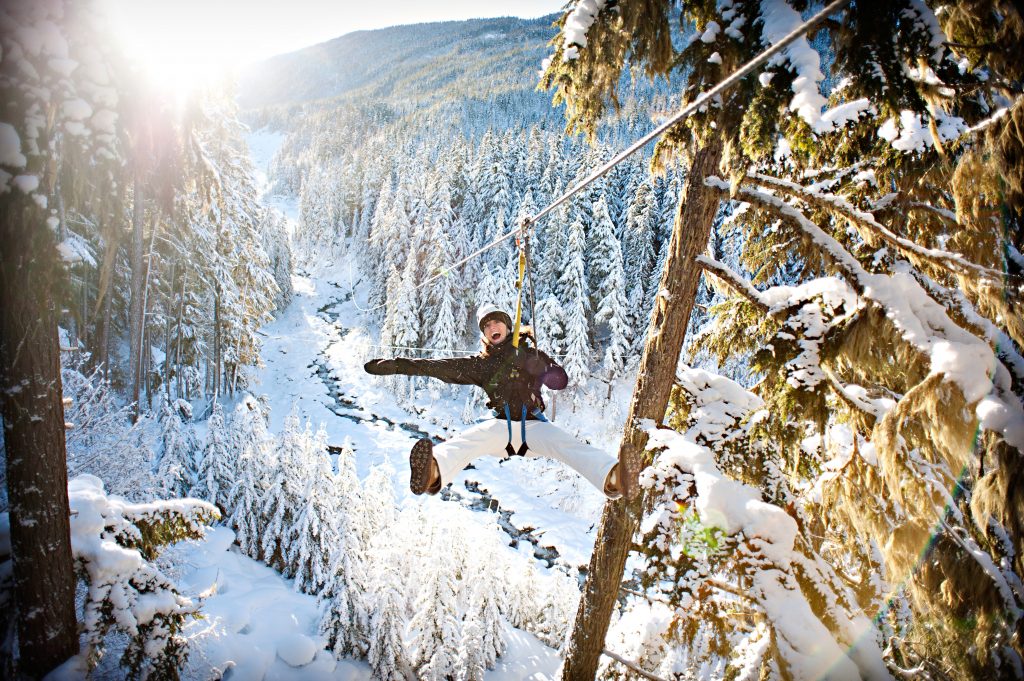 As if all this action wasn’t enough, check out Whistlers very own entry into the Guinness Book of World Records. The PEAK 2 PEAK gondola links the two mountains, offering unparalleled views of the resorts snow covered expanses and a journey through the fog lined peaks. Opened in 2008, the gondola holds the records for the world’s longest unsupported lift span and the highest lift of its kind, soaring to an elevation of 1,427 feet. Allowing access to both mountains with one pass, journey as far as you dare, tackle the slopes, and build up an appetite.

Whistler Village and the surrounding areas offer up a veritable feast for the snow loving foodie. With over 200 eateries to choose from, it can be a little daunting to know where to start. But help is at hand thanks to culinary entrepreneurs Joe Facciolo and Skai Dalziel. Their Whistler Tasting Tours guide diners around some of the best restaurants on offer, sampling the Village food scene at its finest. With four tours to choose from, they cater to every taste and budget. ‘Hidden Gems’ uncovers some of the best kept local secrets, whilst the ‘Finer Things’ presents an indulgent evening treat. With four courses served up at four award winning restaurants, the ‘Finer Things’ also includes a tour of the 15,000 bottle wine cellar located at the Barefoot Bistro.

Whilst Canadians love their food, their culinary style is more of a melting pot of Western cuisine with a largely American and English influence. They are, however, known for their sweet tooth and no trip would be complete without sampling some of their fascinating delicacies. Family run bakery Purebread, located in the Olympic Plaza, is renowned for its Butter Tarts, a quintessential Canadian dessert. A somewhat more alternative treat is served up at the Portobello Market and Fresh Bakery in the Upper Village, with its prime example of the Bacon Maple Cream Doughnut. As a matter of discretion, a 15% tip is a good rule of thumb for all restaurants and bars.

With direct flights from London Heathrow to Vancouver International Airport offered by a range of providers, making your way to Whistler couldn’t be easier. The nine and a half hour flight is complimented by a range of transfer options, with shuttle and coach trips running frequently from the airport on a daily basis and door to door services available by prior arrangement. Confident drivers can opt for car hire, taking the two hour journey along the beautiful Sea to Sky Highway. Be sure to check road and weather conditions before departure and familiarise yourself with winter tyre requirements and road safety tips.

Whether you’re a seasoned professional or a complete novice, the Whistler Blackcomb Ski resort is a winter wonderland guaranteed to capture your heart. And there’s a high likelihood that your first visit will be far from your last.