She’s the actress who bagged a role in Sky One’s original period drama. Naomi Battrick talks to Keya Modessa about the challenging role and her big year ahead.

It’s a rare day off for Naomi. She’s enjoying a relaxing day in her Budapest flat and planning some activities for the day.

She’s spent the most part of two years here filming the historical drama Jamestown and from the sounds of it, has been enjoying every second:

“Pretty much all of us are staying in the same hotel. It’s like an apartment but everyone is constantly in each other’s room, getting Thai from across the road or hummus and wine and sitting on the balcony running lines. It’s a wonderful bubble that we live in.” 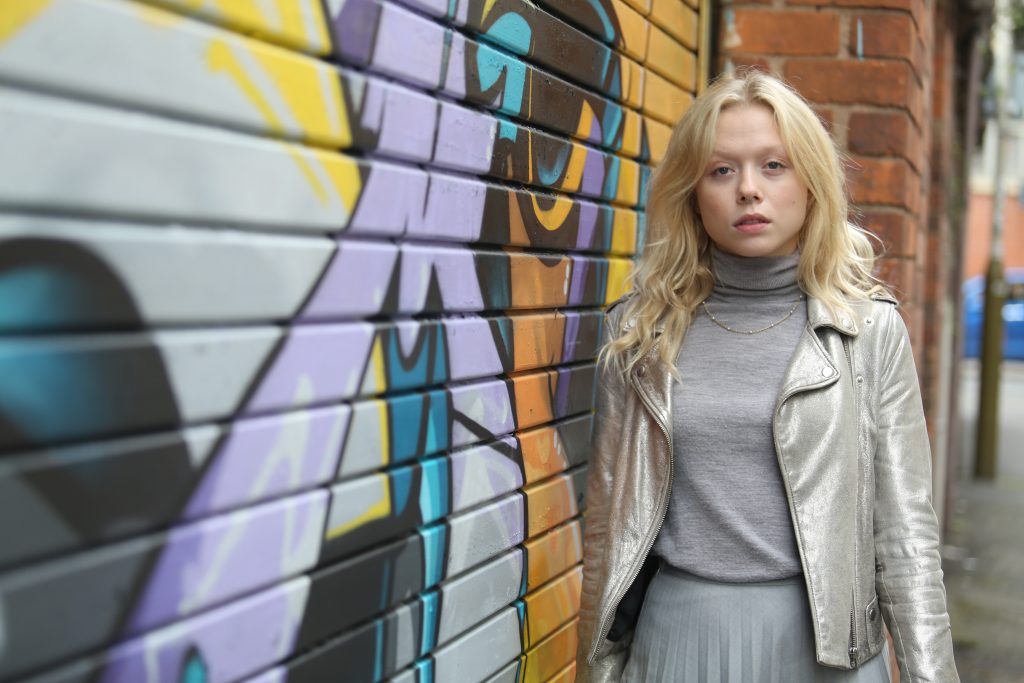 Written by Bill Gallacher, known for his work on Lark Rise to Candleford and The Paradise and from the producers of Downton Abbey, the drama includes lavish costumes, stunning set design and a strong cast (Max Beesley, Niamh Walsh, Jason Flemyng) but that’s where the similarities end. Whereas Downton Abbey gives you a warm, fuzzy feeling inside, Jamestown does quite the opposite – it’s bleak, gritty and dark.

Set in 1619, the story is based on true events and loosely follows the lives of three spirited women (Alice, Jocelyn and Verity) who arrive in Virginia, paid for by English settlers wishing to take them for their wives.

In the drama, the actress plays one of the female leads, Jocelyn Woodbryg. When she talks about her role, it’s with such passion and energy, it’s obvious she’s fully immersed herself in the role and vested a lot of time in bringing the character to life.

“She is an incredibly strong, political, intelligent woman but she is also deeply flawed. The more layers there are to a character, as an actor it just makes it so much more interesting and you can explore so much through another human being,” she says enthusiastically.

“I said to Bill last year ‘I think I’ve actually learnt some Naomi truths as well as some Jocelyn truths along this journey.’ ”

The young actress speaks with a mature and confident voice that belies her 26 years. Raised in Hallaton, Leicestershire, the young actress fondly remembers her early days at primary school and watching the village come alive during the ancient Hare Pie Scrambling and Bottle Kicking tradition which she calls “the best event ever.”

It was after she moved to London that she discovered a love for drama. “It was the only class I would really look forward to, so my mum, being wonderful asked ‘do you want to go to theatre school?’ ”. She enrolled in Ravenscourt Theatre School, a school that offered education and performing arts training. It was a great decision and ended up opening a lot of doors for the budding actress including playing Toyah Swann in My Almost Famous Family, a British children’s TV series. It was this role that confirmed to her that acting was what she wanted to do with her life.

A few years later she appeared in the BBC’s award-winning drama Waterloo Road as wayward teenager Gabriella Wark. This role saw her leave home and live in Scotland for a few months but it’s been her role in Jamestown that’s been her most challenging and inspiring.

The show has garnered rave reviews but has also been criticised and its accuracy questioned due to the portrayal of 17th-century women as ambitious, feisty and rebellious. What does the young talent think about this? “Everything that’s been written down was from a male point of view so you’re only going to get a one-way point of argument. 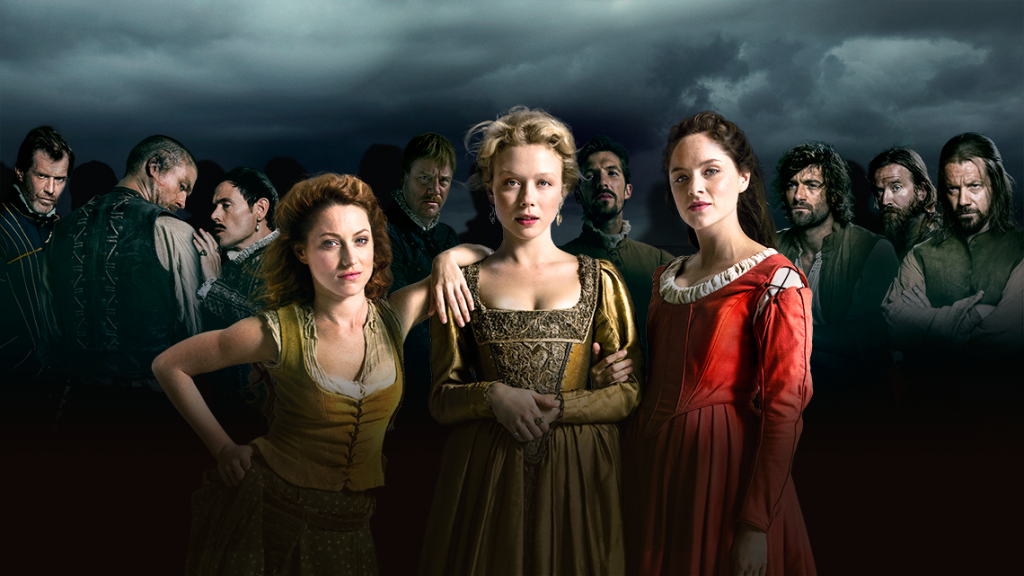 “What’s important about Jamestown is that we are telling this story, this alternative story. It’s incredibly important because there aren’t really any accounts from women of that era because we weren’t deemed to be important. So what a wonderful opportunity we’ve been given to explore it, especially as three very different women coming from three very different walks of life and they all have to survive in this very harsh climate that they’ve chosen to be in.”

Speaking of harsh climate, how does the actress manage to wear such heavy costumes in the scorching sun? “There’s corsets and petticoats and another coat and another one and on a very very hot afternoon, in rural Hungary you can be sweating in places you never even knew you could sweat, but it’s all part of the creation and I love the costumes, I’m like a child in a toyshop with Jocelyn’s attire.”

What’s in store for Jocelyn next? “I can’t say much but something you would never ever guess. Even when I read the script I burst out laughing but not laughing at her, I was so overwhelmed by her situation that all my emotions came in the loud burst of sounds – it’s exciting and nothing you would ever expect!”

A few weeks later, she is back from Budapest and following our magazine cover shoot, reveals a little about her next role in BBC 1’s new three-part drama, A Very English Scandal.

Directed by Stephen Frears (Dangerous Liaisons, High Fidelity, The Queen, Philomena, and Florence Foster Jenkins), the show is based on the bestselling book by John Preston and tells the shocking account of disgraced MP Jeremy Thorpe who in 1979, was tried but acquitted of conspiring to murder his ex-lover, Norman Scott.

The drama also stars Hugh Grant who she says is “very talented, gracious and welcoming.”

A Very English Scandal is expected to air later this year and you can catch series 2 of Jamestown on Sky One now, making it look like 2018 may just be Naomi’s biggest year yet.