Our editor Sam Ellison spoke to Dr Will Buckingham, author and former lecturer at De Montfort University, about his life and career as a writer and philosopher.

An artist can be caught in a wide net when it comes to creative pursuits – expression comes in many forms such as painting, dance, music, writing, and much more. The tendrils of these passions can take hold of a creative individual, pulling them in multiple directions. “I first wanted to be an artist or a painter,” said Will. “I studied fine art in Newcastle. But after about a year or two wrestling with oil painting and canvases, I found myself spending more and more time in the library. I read a huge amount, and one of the perks of being an art student is you have a lot of spare time on your hands!” 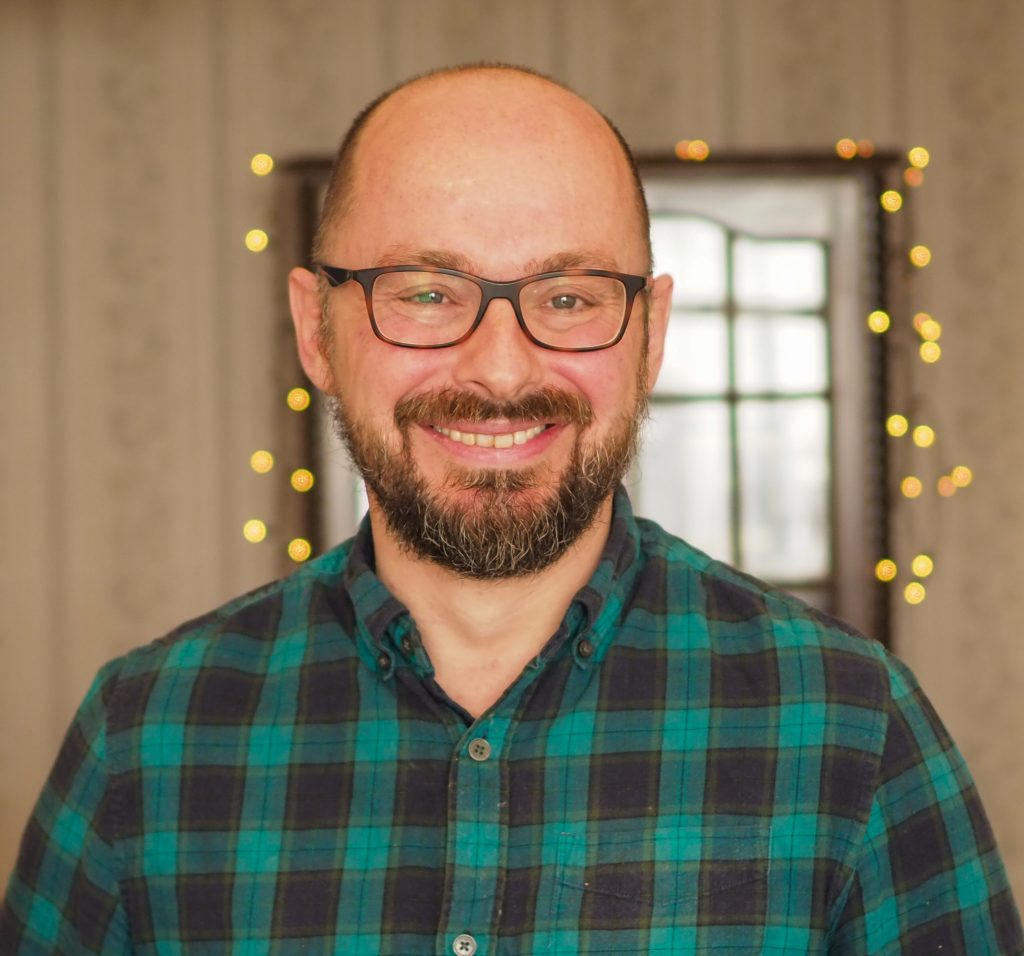 Making good use of his free time, Will began reading everything he could get his hands on. Alongside fiction, he was also drawn to books on philosophy and anthropology. This interest led him to try his hand at writing for himself. “Whilst I was still a student, I entered the Independent newspaper’s travel writing competition on a whim. I knocked something out in an afternoon and it got second prize. I was astonished and wondered if maybe writing was my thing after all, rather than painting. That was how it all started. I spent much of my twenties continuing to write. I wrote a huge pile of books which I’m now very glad are not published, although they were a great way of developing my skills.”

It was when he came to Leicester to interview for a job at De Montfort University Will discovered one of Leicester’s most wonderful locations. “I was actually staying in quite a shady little bed and breakfast at the time. I had decided to go out for an evening walk and to search for somewhere to eat. It was quite drizzly and I remember feeling quite despondent. But then I hit Narborough Road. Everywhere you looked there were amazing foods from all around the world, at really cheap prices. I thought to myself ‘why would you live anywhere else? This is wonderful!’”

He was offered the job and spent some time commuting from Yorkshire. After a year of back-and-forth, De Montfort University offered Will a place as a full-time lecturer, solidifying the need for him to move to the city where his late partner Ellie was studying her PhD in Museum Studies. Besides teaching budding authors and poets, Will continued to write and had a number of works published. He also nurtured another passion, which has stuck with him since his days in the university library.

“My PhD was in philosophy,” said Will, reflecting on the days before working at DMU. “I started a PhD in my 20s in anthropology but I got very sick when I was in Indonesia doing research—that kind of recurred and I crashed out of the PhD. I spent probably the next decade practising quite seriously as a Buddhist.”

Will then spent a lot of time with fellow Buddhists chatting about philosophy and began to read further into the topic. “I was starting to feel the limits of what I felt Buddhism could offer. I was becoming, as I say, no longer Buddhist. I was more Budd-ish!” But this time inspired Will to embark on a part-time PhD in philosophy in Staffordshire. “That was just a sheer joy,” he explains, “I would hang out with the philosophers, we’d eat pizza, drink whiskey and talk about philosophy. It was a fantastic time.” Will finished the PhD the year before moving to Leicester and was then faced with a tough decision—did he want to go into a career in philosophy or teach creative writing? “I was pretty much open to either,” he says, “but there are more jobs in creative writing, and generally I find writers a more convivial group of people to hang out with.” This lead Will to the creative writing route, but he has continued to write and publish philosophy too, “I tend to identify myself more strongly as a philosopher than a literary man!” he says.

​Will has written many works over the years. A prime example of his expertise is in the form of the DK global bestseller, The Philosophy Book. “In this book, I cover philosophers and ideas from Nietzsche to Žižek,” he said. “I also continue to do work for Dorling Kindersley on some of their other projects, in an editorial manner. And I’ve written a couple of philosophy books of my own—some academic but also a popular book on the philosophies of happiness.”

His next book, which comes out in June 2021, is titled Hello, Stranger: How to Welcome the World. “It draws together philosophy and stories and history and literature to look at the complexities of our relationships with strangers, and how we manage living in a world where most of the people we meet are strangers. This book does draw on my PhD research, but I wanted to make sure I was writing this book for human beings rather than academics!”

As an educator, Will has a wealth of knowledge to bestow on budding writers and academics. He graciously shared his best advice for anyone looking to get into writing or anyone that experiences self-doubt. “I think the first thing I would say is that everybody has something worth saying. So it’s about finding out how to say it, and how to connect with audiences,” explains Will, “I think the other advice would be that the process takes a lot of time. You might start out thinking, as a writer, you want to be young and brilliant and be on the front of the New York Times at the age of 23—sure—but as the years go by and your work gets out there in the world you think, well maybe actually that is enough, humanly, to be contributing something that people find value in. I think everybody can do that. But it does take time.”

Will now lives in Sofia, Bulgaria. After setting up Wind&Bones, a creative writing project born in the UK in 2018, with his friend and colleague Dr Hannah Stevens. They have taken Wind&Bones across the world and have worked in Indonesia, Taiwan, Myanmar, Greece and the UK before settling in Bulgaria. Their current work sees them addressing declining villages and rural loneliness amongst older people.

Dr Will Buckingham’s latest book, Hello, Stranger: How to Welcome the World is available online and in stores from 1st July 2021.