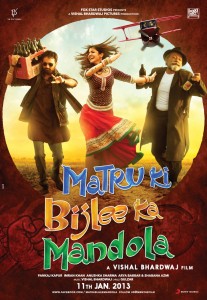 The film, which has been directed by critically acclaimed filmmaker Vishal Bharadwaj stars Imran Khan, Anushka Sharma and Pankaj Kapur.

The comedy-drama is set in the rustic surroundings of a village in Haryana, India. It tells the story of Harry Mandola (Pankaj Kapur), a wealthy industrialist who loves his drink, his daughter Bijlee (Anushka Sharma) and the unusual bond they share with Harry’s man-Friday, Matru (Imran Khan). 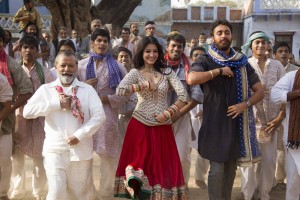 For your chance to win simply answer the following question:

Anushka Sharma made her Bollywood debut opposite which actor?

Send your answer along with your full name, postal address and telephone number to info@pukaarmagazine.com by Friday, January 4 2013. (Competition is open to UK residents over the age of 18 only)