We catch up with an esteemed member of the medical profession who arrived in the country 40 years ago and is now at the forefront of heart research in the word. 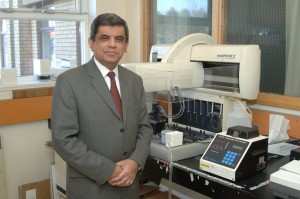 Hailing from a well-established business family in Kenya, Professor Nilesh Samani came to the UK in 1971. He knew he wanted to study medicine from a young age and had the backing of his father and grandfather.

“In one sense the reason behind this was because medicine had a lot of respect as a profession. Certainly in our town in Kenya, which was quite small, the person or people who were most respected were the doctors who would not only help with medicine, but other things in the town and so it was felt that this would be a good career for me.”

After completing his O Levels, he enrolled at Leicester Medical School, which was taking its first intake of students in 1975. There were only 40 students in the batch, and though there was a risk associated with enrolling at a new school, the small number also meant that special attention was given to each individual.

He completed his degree, and spent some time in London training at high profile hospitals before deciding to combine his medical practice with research in genetics, which at the time was a fairly new area. An opportunity soon arose for him to become a lecturer at the University of Leicester and combine his clinical work with continuing to carry out research. In 1993 he became a senior lecturer and took up a consultant position at Glenfield Hospital, which he has been doing for 20 years, and was given the title of Professor of Cardiology at the University of Leicester in 1997. 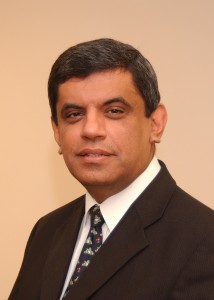 With medicine being such a competitive field, there’s no doubt it takes a lot of hard work to survive. And despite working in the industry for over two decades, Professor Samani, 56, still admits to never switching off. “I enjoy it all, as my family say I enjoy the job too much as I’m never at home,” he joked. “Typically I’ll probabaly be at work by 7.45 in the morning and leave between 7.30 and 8pm. Once I’ve had my evening meal I’ll work for another two to three hours to catch up on any paperwork and administration.”

With such commitment to the role it’s no wonder he’s got so many honours to his name, including the fellowship of the Academy of Medical Sciences of the United Kingdom (2002), being named as the head of the Department of Cardiovascular Sciences at the University of Leicester (2003), the National Institute of Health Research senior investigator (2008), the Deputy Lord Lieutenant of Leicestershire and was more recently awarded the University of Ottawa Heart Institute Michael Potter and family genetics endowed lectureship (2011).

Speaking to Pukaar Magazine from the new Cardiovascular Research Centre, which is likely to formally open towards the end of the year, Professor Samani added: “Leicester is already on par with the best in the world. We don’t cover every bit of heart disease, but there are several areas where we would be considered to be amongst the best in the world in terms of the research and innovation we provide.

“I have a very important duty to the university and to the people who raised funds for the centre to make sure Leicester continues to be regarded as one of the leading centres for research and clinical practices in heart disease.”