Pukaar Magazine chats with Rob Nixon, Chief Superintendent of Leicestershire Police and asks about his route into the force, the challenges he faces, and also the importance of placing community cohesion at the heart of everything the police does in the city.

Having served for over 21 years, current Chief Superintendent Rob Nixon has a wide range of policing experience including CID, intelligence and strategic development. Having been Area Commander for four years, he is now at the heart of policing in Leicester. “I am still very committed to the community. Just to see how the city has changed over the last ten years; the crime levels have significantly reduced but the complexities associated with policing have become more challenging.” 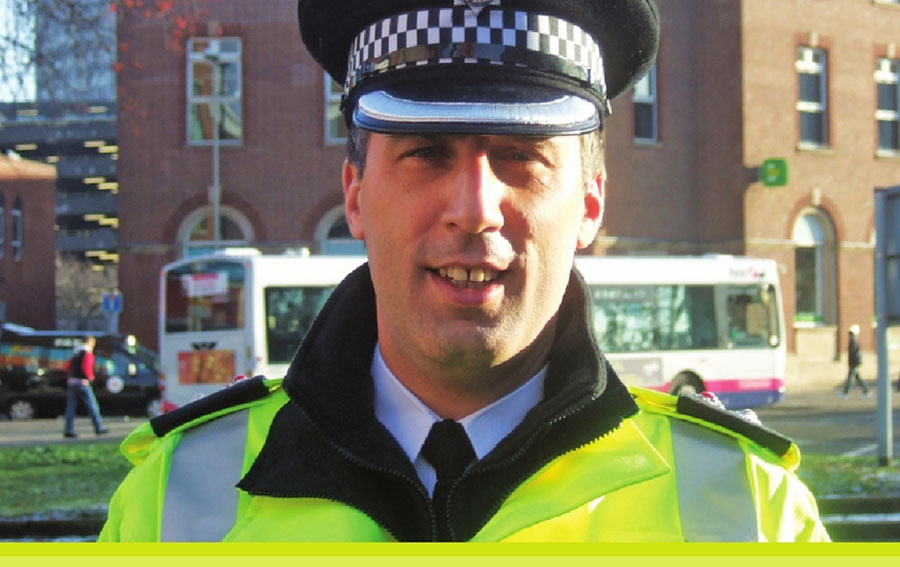 This is a remarkable achievement considering the funding cuts to the force over the last three years. Rob puts the continued success of Leicestershire Police down to solid community cohesion. He also tells Pukaar that without good cohesion, police would be responding to more friction and hate-related crime. “To get communities living side by side in a way that is also respectful to the individual is vitally important.” However, he is also aware that there needs to be more ethnic diversity within Leicestershire Police. To be more legitimate in the eyes of the community in Leicester, the police have to mirror that community. Currently, only 20 per cent of Leicestershire Police come from Black and Ethnic Minority backgrounds, while the city’s demographics are roughly split 50/50 between Asian and non-Asian.

Rob is convinced that the challenge for Leicestershire Police going forward is to get people from these diverse communities to join them, whether as Police Constables, volunteers or Community Support Officers, and it is important that members of those communities can liaise with local officers they know and trust. Rob is also keen to stress that he and the force have to stay constantly motivated to deal with any new spike in criminal activity. One recent development he has had to look into is an increase in Hate Crime, which goes against the ‘One Leicester’ image of a united community. Although this can be explained in part by increased awareness of this type of crime and the ways in which it can be reported.

While there are not many physical attacks related to this in the city, a lot of it is verbal, particularly in relation to discrimination against disabled people. But Rob says it is not a straightforward issue it is far more complex. The daily fight against crime was aided with the launch of Operation Tiger back in October which aimed to protect communities whilst reducing crime and anti-social behaviour in Leicester and the wider county. The operation was in response to the Police and Crime Plan as set out by the Police and Crime Commissioner, Sir Clive Loader. At the time of writing, over 100 arrests have been made.

When he is asked if there are any pre-conceptions that the wider public have about the police that he would like to break down, Rob is clear. “There is a public perception sometimes that the police aren’t busy, but they are busy and active all the time”. Rob then says how officers are currently working in their own time in the face of reduced numbers and a reduced budget. Rob stresses that the recent appointment of Sir Clive as Police and Crime Commissioner has aided the work of the force in the city and wider county. He feels that by Sir Clive taking on the responsibility of liaising with central government, he can concentrate on tackling crime on the streets and they can form a partnership that works.

When asked what is the biggest challenge facing Leicestershire police going forward, Rob goes back to the importance of reaching out to the diverse communities in the city. “The task for us is to remake the way in which we deal with the communities and respond to their needs. If we lose that contact, then we would be failing.”