There has been a dramatic growth in the popularity of poetry in recent years among millennials. According to statistics from UK book sales monitor Nielsen BookScan; an astonishing 1.3m volumes of poetry sold in 2018. The likes of Rupi Kaur, Charly Cox and R.H. Sin are amongst some of the notable writers who are revolutionising poetry.

One local poet that’s making her own mark is 25-year-old Talesha Maya. It was from the age of seven that spurred her love of writing following a feature in a young writer’s anthology. But it was at the age of 14 that writing became an essential part of her life after the tragic loss of her mother: “It was a way for me to process the grief, and again as I’ve grown throughout my teenage years when I got diagnosed with anxiety, writing became such an important self-care tool.” 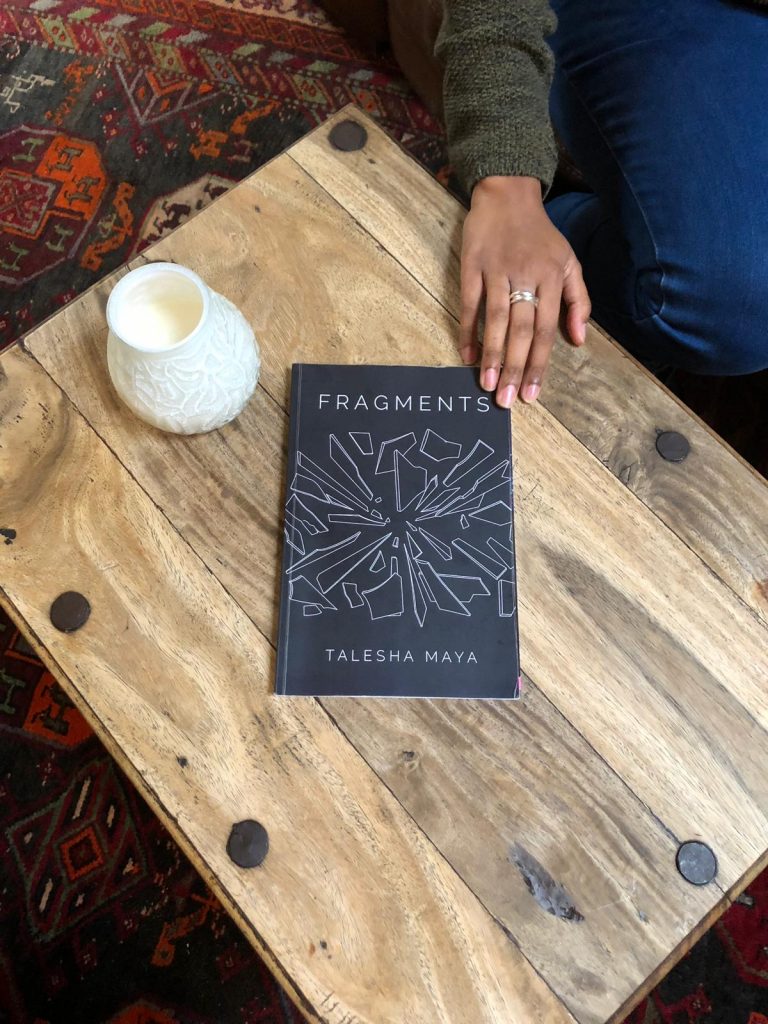 Since then, she has captured her deeply personal journey in her first poetry collection, Fragments. The book, which is beautifully illustrated by Gemma Varney, is thoughtfully divided into six honest and relatable themes that takes the reader on a journey through grief, mental illness, anger, heartbreak, love and healing:

“With the anxiety and grief themes, I wanted people to know that it’s ok to talk about these things and that they’re normal. Through my own grieving process and anxiety, I often felt like it was just me that was going through it, so to hear that somebody else is going through the same thing, can be so reassuring.”

The poet shares that out of all the themes covered within the collection, the angry poems were the most challenging to write: “Once you’ve written something down, you can detach from it in a way, even some of the angry poems. I feel bad about some of them because they are about people that I love, but they’re also about moments in time. They don’t represent the person, but they represent me and how I was feeling. Once I’d actually written them, I could step back and be like, wow, look how angry I am, look how this is not serving me, look at how I need to let this go. It’s the same with the anxiety poems as well.” 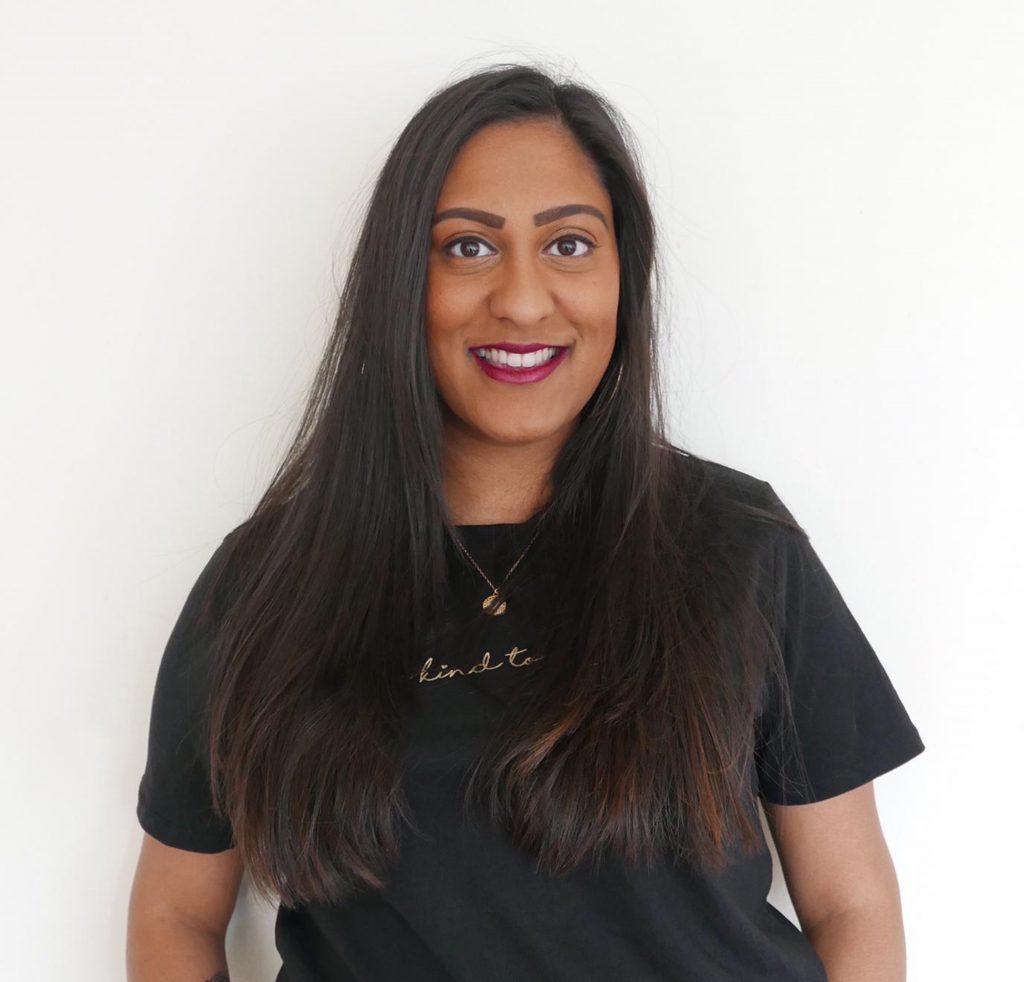 It was interesting to hear that Talesha’s journey to getting published began back in April last year at the Phoenix Cinema, the very place where we’d agreed to meet: “They had an event on called Being a Brown Girl in Britain which was hosted by South Asian Sisters Speak and Two Brown Girls. It was so inspirational to hear all of these South Asian women speak about their careers, and a lot of them were in the creative industry.” It was during the event that she plucked up the courage to speak to Shobana Patel, who has since founded The Soulful Group and become her publisher:

“I was so shy and anxious, and I didn’t really go and introduce myself to anyone. I had this word document that I’d use to journal my thoughts, and I remember thinking, what have I got to lose? I’m just going to ask her to read them. I didn’t have any intentions of publishing it, I just wanted her opinion, on how I could improve my writing.”

Shobana kindly accepted to read over six of her poems, and the following week, she was back in touch to say that she’d like to publish her work. Amazed by the response, the writer quickly got to work and condensed the 250 poems she’d written over the year’s down to 125 for the collection. 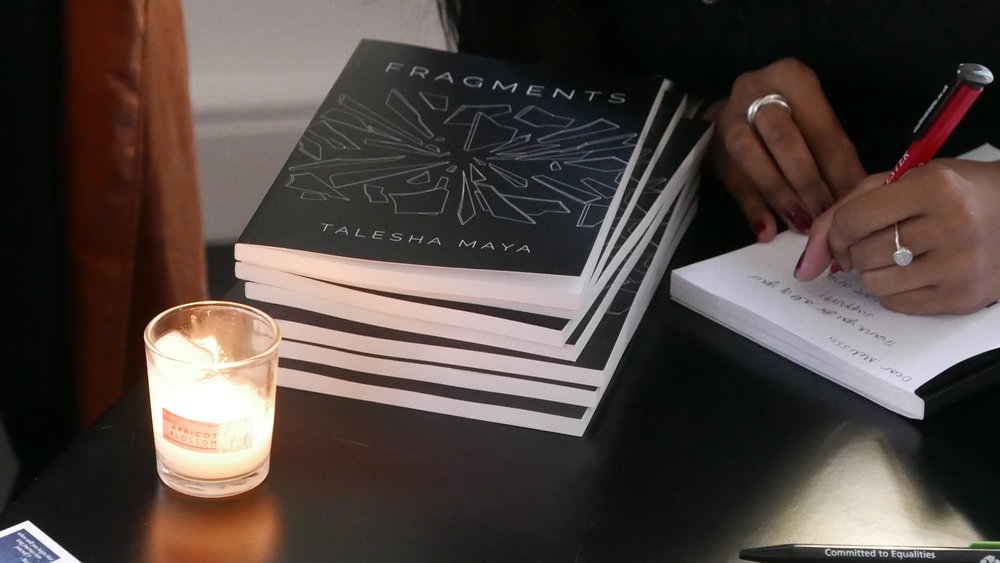 Fragments was released in September 2018 with a launch held at Prana Café in Leicester, which proved a success: “It was amazing. I was so overwhelmed by the number of people that came out to support me. I’m incredibly lucky that I have such great family and friends.” As someone that’s quite shy, the poet bravely overcame her fear of public speaking: “I just thought, I’m publishing it for a reason, and I need to be brave and share my story so that other people feel comfortable sharing their story too. That’s the thing that I’ve learnt from sharing, is that people actually want to share too.

“The launch was actually the second time I’d read my poems out loud. But everyone was just so nice, and it was very overwhelming.”

Alongside writing, Talesha also works for a charity, but she admits she’d like to devote more time to her poetry. She is currently in the process of writing a new collection that will focus on identity, culture and politics, which will capture her experiences of being a ‘Young British Asian Female’. I already can’t wait to read it!

To win a signed copy of Fragments, simply answer this question:

How many poems feature in Fragments?

To enter, send your answer along with your full name and address to
info@pukaarmagazine.com by Friday 28th June 2019.

A DAY TO REMEMBER