PUKAAR TALKS WITH ENTREPRENEUR-TURNED-AUTHOR LOU GIMSON ABOUT  THE jOURNEY TO TRIUMPH WITH HER CHART-TOPPING BUSINESS BOOK  ‘MAKING  IT: WOMEN ENTREPRENEURS REVEAL THEIR SECRETS OF SUCCESS’

Having started working for herself aged 24 gaining success through teaching callanetics and dance classes, working for various colleges and freelancing; not to mention raising 3 daughters and fitting in a hectic work life around an even busier home one, Lou Gimson’s main reason for success comes down to one thing: attitude. It is this one word which captures exactly what the theme of her top selling 2008 entrepreneurial book is about. 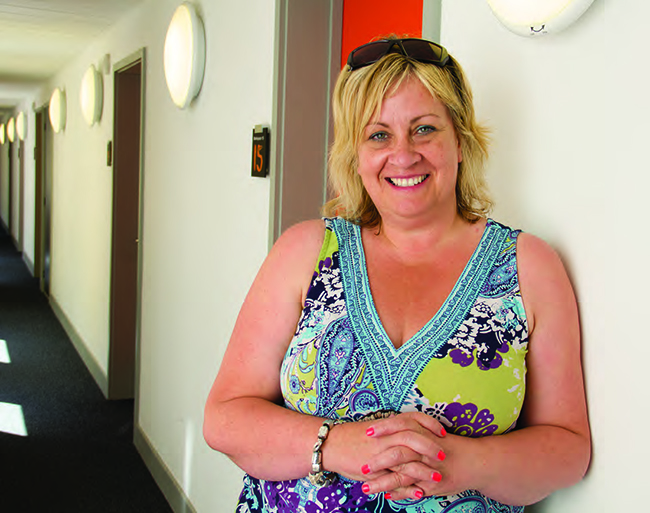 However despite her business being at its most successful peak in helping others achieve what they set out to do, Lou found herself ready for a change.  “I got to the age of 34 and teaching began to feel like work, I  didn’t want to kill my passion and so I stopped the business. I  was ready for a new challenge.” And what challenge she was about to take on.

As a child Lou had always had “to write a book” as one of her life’s aspirations, yet when family and her career took over it became a realization that if she was not to undertake it now, when would she? “I didn’t want to live with regret. I  knew nothing about the industry; there were lots of rejections and mistakes.” With her book idea in hand Lou set about creating proposals and contacting agents and publishers. Yet the publishing industry is not an easy place to enter, especially when faced with automatic rejections or sometimes not even a reply at all. “I got plenty of rejection, from my writing style and idea being awful to people liking it but already commissioning someone else to do it.” It would be understandable for anybody to feel disheartened. Lou continued,  “It’s hard to deal with rejection but you have to think in the world of publishing and business, it’s expected. Its business, it’s not personal.”

However Lou had a trick up her sleeve to deal with such knock-backs, of which was found in the form of two friends who together created the Dream Buddies. “The Dream Buddies met once a month and our sole focus was to help each other achieve our dreams. We all had different ones and mine was to write.” Now armed with her cheerleading friends to champion her idea, Lou’s drive for achieving the seemingly unachievable came down to self-belief and attitude; and after a year of hard-grafting and rejections came a series of wonderful coincidences that led to her gaining a publisher and confirming the book deal.

Inspired by entrepreneur Simon Woodruffe and author of ‘The Book of Yo’ Lou was determined that she wanted her book to be published by Capstone, the same people who had taken on Simon’s book. However she found it increasingly difficult to get hold of the company and came stuck at a dead end. Not willing to take a disappearing publisher as an excuse for not getting her deal, Lou set about exploring  alternative options.  It was following on from a dull and unnecessary meeting which she had lost her entire day to that Lou went to grab a drink in a coffee bar and regroup before heading home to pick up the kids and prepare their dinner. Whilst waiting for her drink she was drawn to a book with a distinct front cover and, having gotten into the habit of always checking to see who had published the book, it was pure coincidental luck that the name ‘Capstone, an imprint of Wiley’ was written.  “I dashed home, picked up the phone and made an excited phone call to Wiley’s” who had since taken on Capstone. What already seemed  like an incredible path of fate had an extra special twist when Lou dialled their number and thanks to a crossed wire got straight through to the Marketing Director where she asked if he would be willing to read her book idea. He was happy to oblige Lou in her request and told her to email over a synopsis. A week later she received a call from the Commissioning Editor, built up a detailed plan for the book, met with the Publishers soon after and left with a deal. After the strife and upset of rejection, Lou was able to publish with the one company she had set out to do so from the beginning. “They had faith in me.”

The key element to the book is taking off where other business advice publications usually end. “I wanted  it to be a book which wasn’t like any other out there. I  wanted to tell people how to do it too and go forward to help yourself.” Focussing on business women and how they achieved their success, and when deciding which entrepreneurs to feature in the book, Lou said “I came across people who resonated with me and who I  found interesting.” She wanted to feature ladies who had made a difference in their industries and achieved success on their own terms, like sisters Karen and Fiona who created the design agency Lello and incorporated a crèche into their offices, meaning they could spend time with their children at work.

‘Making  It’ struck a chord with many enterprising ladies upon its release in 2008 and five years on it still hovers around the Top 20 of Entrepreneurship books. In 2009 Lou was awarded the Winston Churchill Travel Fellowship which saw her spending a month in America researching successful women. This knowledge  was then bought back and used in her training and coaching workshops, and upon her arrival back from the States she was invited to become a fellow for the Royal Society of the Arts.

Lou is now a well-established business coach and trainer, Lou takes people through business start-up courses across the country. From students in colleges to businesses in London, her forte being discovering hidden confidence and instilling positive attitudes into her clients.

Going forward, Lou is currently setting up Writing Buddies with own writing buddy Steve, a model based on the aforementioned Dream Buddies which aims to encourage and inspire writer’s to follow through with their goals. “With the book, I  achieved what I  wanted to achieve, now I  am moving forward with my writing and Writing Buddies.” Whilst continuing to inspire and help local people realise their dreams.

When asked what her number one piece of advice would be to aspiring entrepreneurs, Lou took a moment to decide; clearly the passion for teaching others to think positively and work hard, is still innate and she takes her role in positive reinforcement very seriously. “Dream it, believe it and take some action; and never, ever be afraid to ask for help.” With an ethos like this it’s clear to see why Lou has been so successful in her ventures and achieved things she never thought possible. 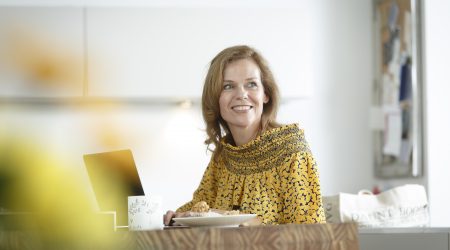 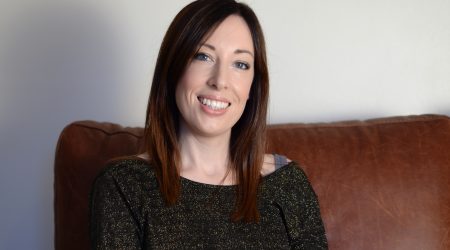