If searching for a memorable Valentine’s Day gift for a loved one is getting you down this year, why not look up to the skies for inspiration? 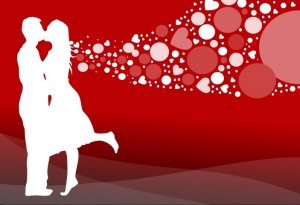 Last year Spanish scientists calculated that the rather unimaginatively named Asteroid DA14 is due to have a very close encounter with Earth on Valentine’s Day, 2013. But don’t panic – NASA and the European Space Agency predict it will pass by at a distance of twenty seven thousand miles. That’s a near miss.

Hearing this news triggered a thought about the connection between chocolate and outer space. Some of Britain’s best loved confectionery is named after cosmic phenomena: Milky Way, Galaxy or Mars anyone? The dark matter of chocolate, along with flowers, teddy bears and some unwise underwear choices are all traditional gifts this time of year for the love of your life.

When considering outer space in relation to Valentine’s Day stars and romance are a marriage made in heaven. Many put their faith in astrology to find a partner, their romantic future literally written in the stars. Numerous constellations are named after the heroes and heroines of Greek mythology and the Greeks really knew how to produce a romantic hero.

Perseus, son of Zeus and Danae, was on his way back from slaying the Gorgon Medusa when he chanced upon Andromeda, chained to a rock and about to be sacrificed to the sea monster Cetus as a lesson for her mother Cassiopeia’s boastfulness. Perseus killed Cetus, set Andromeda free and married her. Not bad as romantic gestures go, and a few steps up from a £2.99 bunch of flowers from the petrol station.

If you are looking for something a bit different for your partner this Valentine’s Day why not look to the stars? It is now possible to choose a star from the trillions available in constellations such as Perseus and Andromeda and name it after someone special. As well as gazing into each other’s eyes you can look up to the starry night and search for their very own star.

So this year all you star-crossed lovers, instead of a Milky Way chocolate bar why not show your partner your love spans millions and millions of light years and treat them to a piece of the real Milky Way instead. And while you’re star-gazing, remember to watch out for Asteroid DA14…