The subject of asylum seekers remains a controversial news story, but very few people Have first-hand experience of meeting the individuals who are forced to flee their Home country and seek safety abroad. With this in mind, and to commemorate refugee week, community reporter James Black visits Leicester’s freedom youth club. 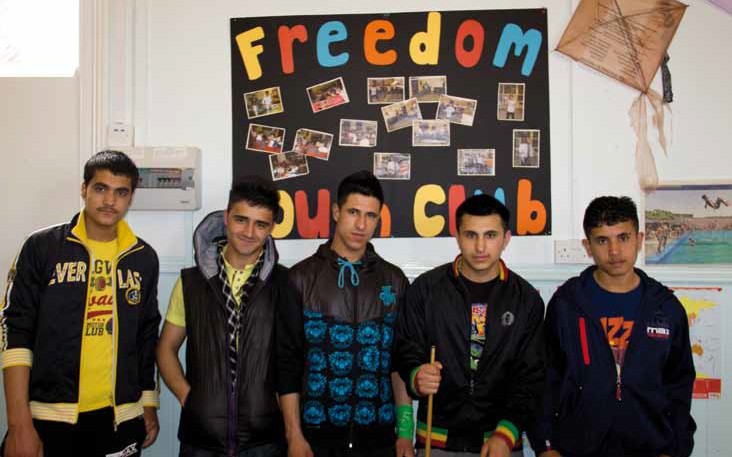 Members of the Freedom Youth Club based in Leicester city centre

There are few topics that are as polarising amongst the British public as the issue of refugee and asylum seekers. On any given day tabloid newspapers feature stories of asylum seekers receiving large benefit payments and the problem of overcrowding in inner city areas. Hotly debated on radio phone-ins and TV chat shows across the country opinion is split between those who believe asylum seekers are taking advantage of “soft touch Britain” and those who believe it is our moral responsibility to offer a safe haven to those that are fleeing persecution.

Whichever side of the argument one agrees with, the fact remains that most people glean their knowledge  from the media, which has little or no contact with the real people behind the headlines.

The Freedom Youth Club based in Leicester city centre offers a vital sense of community and a safe haven for young people seeking asylum.  In their chaotic and transient lives, the club remains a constant place young people can rely on for help and support.

The Freedom Youth Club is part of The Centre Project, a registered charity which was set up in 1996 as a meeting place for vulnerable adults experiencing feelings of loneliness and isolation. Ten years later the Freedom Youth Club was formally established.  In the last 12 months an umbrella group, the Leicester Unaccompanied  Child Initiative, was created in recognition of all of the work The Centre Project does with young asylum seekers that falls outside of the usual remit of an ordinary youth club. This includes interacting with schools, offering advice and advocacy services two days a week, on Tuesdays and Fridays, and providing a shelter to young people up to age 20. Club members have access to drop-in English lessons and a computer suite with IT support from volunteers.

Youth support worker at the Freedom Club Alison Birch explains: “We help the club members to understand  life in Britain and to make sense of all of the rules and regulations they must adhere to whilst they are in the UK. Advocacy services are particularly important to those over 18 and no longer living with a foster family.

“We also give practical lessons where needed, such as managing money, cooking and finding legal representation.  If we are unable to help them with a particular issue we signpost them to experts in the relevant field.”

The majority come from Afghanistan but there are also members that come from Iran, Eritrea and Sudan. Many have witnessed the loss

of friends and family. Such trauma has been known to trigger flashbacks to these horrific incidents. Unsurprisingly a number of the youngsters have been diagnosed with post traumatic stress disorder.

Many of the adolescents have been through an incredibly hard experience and they felt really vulnerable when they arrived in Britain, a new wholly unrecognisable environment.

Fifteen-year-old Mohammed came to the UK two years ago from war torn Afghanistan. He relates his tragic journey to the UK and says: “I didn’t know anyone when I  was on my way here. Some other boys where travelling with me but they were all strangers.  When I  finally arrived in the UK I  could speak very little English so it was difficult to make friends at school. Since coming to the club my English has improved and life has got a lot better. I really want to thank the staff for all they have done for me.”
Officially, a child seeking asylum cannot be sent back if there is no one to receive them in their home country and will usually be granted discretionary leave to remain in the UK until they are 18. However, once they are legally an adult their case for asylum starts anew. Many have to wait up to two years for a decision leaving them unable to plan their future or move forward.

Anwar, 19, is also from Afghanistan. Like many others he faces an uncertain future as he awaits the outcome of his case. He explains: “The Freedom Youth Club has really helped me by putting me in touch with people going through the same situation as myself. At the moment my future is unclear but one day I hope to go to university to study medicine, that’s my dream.” 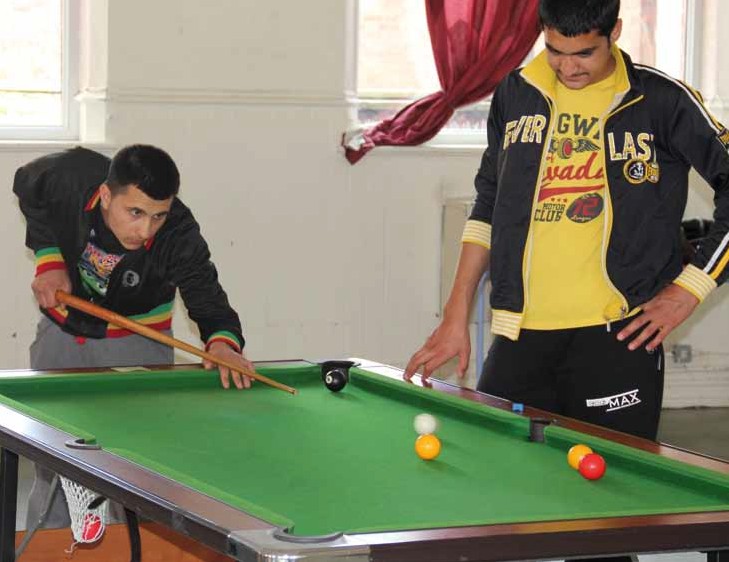 Facts about the freedom youth club

The club supported 111 people in the last 12 months. The club has an average of 20 visitors per session and 55 individuals attending the Freedom Club each month.

* Refugee Week is the annual programme of arts, cultural and educational events that celebrates the contribution made by refugees and asylum seekers  living in the United Kingdom. The last edition took place last month in different cities across Britain.