The Leicester Tigers forward Ed Slater greets me with a warm smile and before I can explain what the interview is about he’s told me that he found a copy of one of our previous magazines as a form of research! Slater is a 25-year-old lock forward from Leicester and although he tried his luck as a footballer in his teenage years he soon joined his friends playing for a local rugby side be force deciding on a move to Australia.

“It was on a whim really. After finishing my A-levels I had no particular direction and while working at a call centre in Milton Keynes a friend and I decided to save some cash and travel down under to Australia. I had just turned 18 and in that time I joined a local team where I played in the back row and returned to England just before my 22nd birthday.” 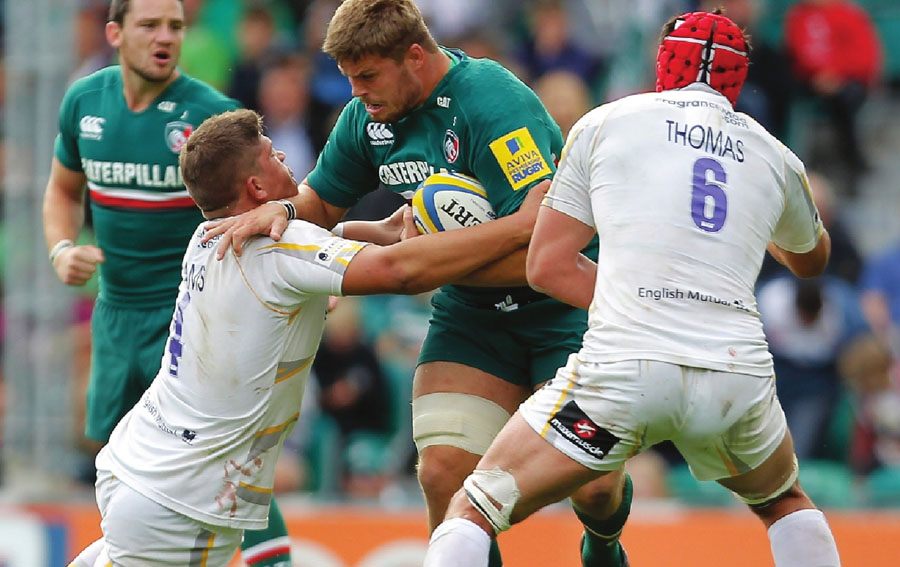 Slater then found himself at Nottingham in the 2010/11 season but moved to the Tigers as injury cover which meant he was now more of a second row player. He has a lot of family that are season ticket holders at Welford Road, and when he was a youngster he enjoyed watching the likes of Martin Johnson and Tim Stimpson in action. It was then a matter of getting used to being around the club on a regular basis for the local lad. “It was quite surreal to sit in an office with director of rugby Richard Cockerill not to mention training with them! It was an exciting time but with the level of expectation being so high it was also a steep learning curve.”

Like most sportsmen and women Slater has also had to deal with being injured but although he missed time playing for both the Tigers and the England Saxons he reflects fondly on Leicester’s Premiership title win over Northampton at Twickenham last season.”To come off the bench meant a lot to me, especially as we’d lost the previous two finals and it more than made up for missing the England tour.” Over the summer Slater also spoke to the former Tigers and England forwards Coach Graham Rowntree about his future with the Saxons. The Rugby World Cup is being hosted by England in 2015 and Slater says every player has an eye on making an impact in the build-up to the final at Twickenham. “Building up to the World Cup you are eager to be a part of it but you can only really control how you’re playing and not selection.” 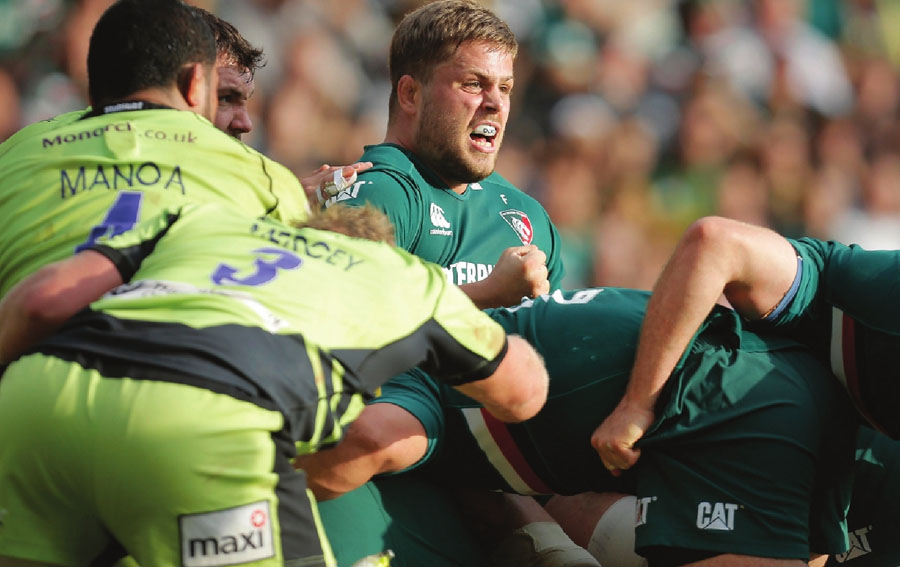 Although Ed is a relative newcomer to Welford Road, he’s quite prepared to try and help other players come through the ranks at Leicester. He thinks he needs to take on more seniority and feels he’s moving towards that as he gets closer to playing a hundred games for the club. As far as the 2013/14 season goes, Ed hopes Tigers can make an impact in the Heineken Cup but he knows that every team is dangerous. In the Aviva Premiership, he also realises that Tigers might not have had the strongest start but they certainly have the ability to push for a play-off place at the end of the season.

As for his future career aspirations, Slater is looking to move into broadcasting and this explains why he’d done some research on the magazine before we sat down to do this interview. “I’ve been getting some experience at a local radio station, and it’s something that really interests me. I’ve also started two journalism degrees but I’ve had to quit them halfway through so I’m going to have to pick that up at some point!”